$2.9trn have been invested in renewable energy since 2004, according to UNEP 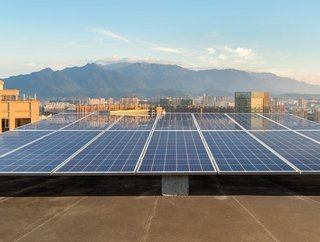 According to a new report released by the United Nations Environment Programme (UNEP), a total of US$2.9trn have been invested in green energ...

According to a new report released by the United Nations Environment Programme (UNEP), a total of US$2.9trn have been invested in green energy sources since 2004.

The Global Trends in Renewable Energy Investment 2018 report claims that solar was the most popular renewable energy investment last year.

“In 2017, the world installed a record 98 gigawatts of new solar capacity, far more than the net additions of the rest – other renewables, fossil fuel and nuclear”, the report reads.

With solar investments rising by 18% in 2017, reaching $160.8bn, it is believed that China’s additional 53GW of capacity was a large contributor.

China’s new solar capacity accounted for more than half of the global total and cost $86.6bn – a rise of 58% from what was spent in 2016.

2017 was the eighth consecutive year in which renewable energy finances exceeded $200bn, the report claims.

“The extraordinary surge in solar investment shows how the global energy map is changing and, more importantly, what the economic benefits are of such a shift,” commented Erik Solheim, CEO of UNEP.