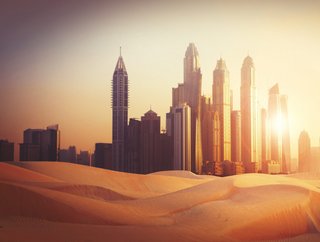 One of the largest concentrated solar power projects in the world is about to get even bigger in its fourth phase of development, i...

One of the largest concentrated solar power projects in the world is about to get even bigger in its fourth phase of development, it has been announced.

The Dubai Electricity and Water Authority has agreed to add a further 250MW capacity to the Mohammed bin Rashid Al Maktoum Solar Park, marking a 35% increase in energy capacity and bringing the total to 950MW.

This development brings total investment in the project up to $4.3bn. The park forms an important part of the UAE’s goal to generate 25% of its energy from clean resources by 2020 and 75% by 2030. As a whole, it is hoped the park will total 5GW installed capacity by 2030.

Solar Alliance begins construction of 2.4MW facility in US

Read the latest issue of Energy Digital magazine – out now!

The fourth phase in the project is being led by Acwa Power, a Saudi Arabian company which develops, invests in, co-owns and operates several power generation projects across the MENA region. It has a total of 49 assets across 11 countries and employs over 3,500 staff.

The Dubai Government has stated that the electricity produced by this phase will cost just $0.024 per hour, which will be one of the lowest prices in the world.

HH Sheikh Hamdan bin Mohammed bin Rashid Al Maktoum, Crown Prince of Dubai and Chairman of The Executive Council of Dubai, said that the expansion strengthens the country’s “leadership in the field of sustainable development” as well as providing “another impetus to our clean energy strategy”.