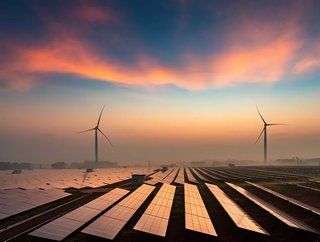 New wind and solar projects in Hungary and Turkey are beginning to turn the tide of national reliance on fossil fuels.

New wind and solar projects in Hungary and Turkey are beginning to turn the tide of national reliance on fossil fuels.

A 131.4 MW allocation of solar PV capacity was recently auctioned by the Hungarian Energy and Public Utility Regulatory Authority (HEPURA), which has been organised into 60 individual projects as part of the country’s innovative renewables programme.

Similarly, a 25 MW wind farm is scheduled to be constructed in the Black Sea town of Ordu, Turkey. The Mayor of Ordu, Mehmet Hilmi Güler, has reportedly stated that further wind and solar projects will be forthcoming.

It had been speculated that countries in Eastern Europe and Western Asia would be slower to adopt renewable energy, owing to the convenient proximity and economic importance of fossil fuels, particularly coal.

This theory is seemingly valid in Turkey, which generates an overwhelming 85% of its electricity from coal, natural gas and oil.

However, it is less true in Hungary, a nation with strong nuclear power capabilities (49% of total electricity output) and, whilst still a fossil fuel, a predilection for natural gas, which is one of the ‘cleanest’ non-renewable energy sources available.

Uptake of nuclear is, in fact, relatively strong on the continent generally, with several Western and Eastern European countries appearing in the World Nuclear Association’s list of top adopters in the world.

Earlier in March, a 2.4 GW nuclear power plant in Belarus was reported to be in an almost operational state.

Dubbed Ostrovets Unit 1, the 1.2 GW reactor will form the first half of a two-part project, with plans for Ostrovets Unit 2 (a near-identical reactor) to be started shortly afterwards.

Despite some concern over the safety measures implemented for the country’s maiden nuclear project, Mikhail Mikhadvuk, deputy energy minister, assured the media that Ostrovets would conform to the latest security standards.

“Belarus demonstrated its transparency and genuine interest to receive an objective professional assessment of the readiness of its nuclear power infrastructure for the commissioning of the country’s first nuclear power plant,” he said.