EDF Energy's CEO to step down after 15 years 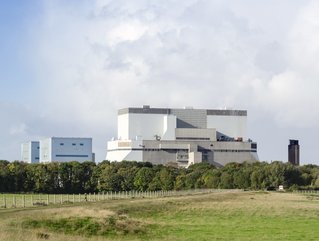 Vincent de Rivaz, who helped secure Hinkley Point – the UK’s first new nuclear power station in a generation – will be stepping down as Chief E...

Vincent de Rivaz, who helped secure Hinkley Point – the UK’s first new nuclear power station in a generation – will be stepping down as Chief Executive Officer of French giant EDF Energy after 15 years of service.

EDF’s attempts to revive Britain’s nuclear infrastructure began in 2008 when the development of Hinkley Point began. de Rivaz was vocal about the deal required to build the nuclear reactors in Somerset, and about the drawn-out and controversial process of contract approval.

After almost 40 years with EDF, 15 of them as CEO, and the last 10 being stuck in negotiations over Hinkley Point, de Rivaz is stepping down – though not, he insists, to retire. He is the longest-serving boss of any of the Big Six energy companies, and will be replaced by former Chief Financial Officer Simone Rossi. Rossi will be tasked with ensuring the Hinkley Point reactors are complete by 2025. An additional challenge lies in the fact that similar projects in France and Finland using the same reactor have finished far behind schedule and well over budget.

According to The Telegraph, de Rivaz stated: “I feel a duty of care and a duty of passion for EDF Energy and for EDF. It is my privilege to be able to serve EDF Energy and EDF until the moment I leave.”

de Rivaz joined the company in 1977 as a hydraulic engineer, and became Managing Director of the Hydropower Department in 1991. By 2002, he was Head of UK Operations, and a year later, CEO. He receives £1.2 million per year.

Rossi has a long history of consulting and finance management, becoming CFO of EDF Energy six years ago. de Rivaz put off his announcement to leave for several months until the business had chosen a successor, so it seems safe to say that EDF Energy is sure and confident of its choice.