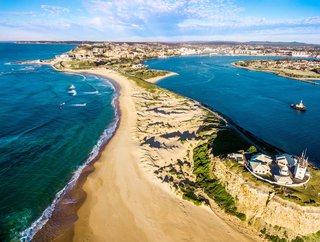 Australian energy company Edify Energy’s 275MW solar project in Griffith, New South Wales, has been approved by the NSW Department of Planning and Environment (DoPE), it was announced yesterday.

The project will be situated near Darlington Point and once constructed is set to consist of between 800,000 and 1mn solar panels. Once complete, it is expected to generate around 577GWh of clean electricity per year, which will be sufficient to power around 130,000 households in New South Wales.

Clay Preshaw, DoPE Resource Assessments Director, stated: “The project has been assessed on its merits, under planning legislation and clear official policies to consider any potential benefits or impacts to the environment, the economy and the community.”

Around 300 people are set to be employed at the peak of the construction process, and according to a fact sheet released by the company Edify expects local employment opportunities to be a key benefit for the area as well as direct and indirect local investment, and a contribution to the Federal Government’s Renewable Energy Target which requires 33TWh of electricity production to come from renewable sources by 2020.