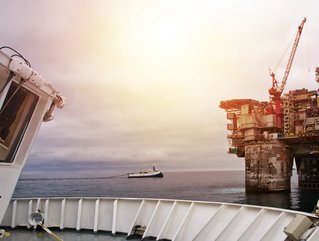 Norwegian energy giant Equinor has announced a bold decarbonisation strategy that aims to reduce its net carbon intensity by 50% by 2050 and become carbon neutral across its global operations by 2030.

The firm is also seeking to boost its renewable energy production capacity by 1000% by 2026 with a view to becoming a world leader in offshore wind.

“We are now looking 30 years into the future, and it is not possible to predict an exact shape and pace of the transition. Not for society and not for us,” said Eldar Sætre, President and CEO at Equinor, in the firm’s press release.

“But we know there will have to be significant changes in the energy markets, and our portfolio will change accordingly to remain competitive. We will produce less oil in a low carbon future, but value creation from oil and gas will still be high, and renewables give significant new opportunities to create attractive returns and growth.”

As it stands, the industry’s average carbon intensity per barrel of oil is 19kg of CO2. Equinor aims to bring the intensity of its own barrels down to below 8kg by 2025, bringing its previous goal for this ambition forward by five years.

In order to bring its operations to carbon neutrality, it will augment its internal decarbonisation efforts with offsetting programmes, quota trading systems, carbon capture technologies and greater use of hydrogen-based solutions.

“The new climate roadmap illustrates our pathway to be a shaper in the energy transition and the future of energy. It is also an invitation to our partners, customers, suppliers and governments to work together on the necessary actions to combat climate change,” added Sætre.