Energy transition: leave no man behind 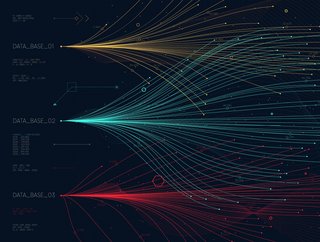 As renewables advance, what happens to the existing infrastructures and workforce? History teaches tha...

As renewables advance, what happens to the existing infrastructures and workforce?

History teaches that energy transitions are not easy. For decades, whale oil was considered indispensable for a variety of applications, until it was gradually replaced by the cheaper and more efficient kerosene.

This transition led to the extinction of industrial whaling, one of the world’s first multinational businesses.

In this article Neil Ballinger, head of EMEA sales at automation equipment manufacturer EU Automation, talks us through the challenges of a different transition –one towards renewable energy sources.

Climate experts and environmental activists agree that limiting the consequences of global warming is a challenge that requires urgent attention.

To tackle the problem, in 2016 187 states signed the Paris Agreement, with the ambitious goal of keeping the increase in global temperatures below two degrees Celsius above pre-industrial levels.

To meet this target, the decarbonisation of the energy systems of each country will play a major role. However, the transition from fossil fuels to clean power sources is not so straightforward and involves major challenges.

Just like the shift from whale oil to kerosene, the transition to clean energy will require a long-term structural change in the way we manage our power-generating systems. In this process, it is important that no one is left behind.

What will happen to the infrastructure?

As more renewable sources are added to the grid, one of the problems facing system operators is that renewables can’t provide system inertia to the same extent as fossil fuels. Inertia is the stored rotating energy in the system and is formed as a by-product of power generation through traditional fuels.

Simply put, objects with large inertia – such as turbines in a fossil fuel power station – want to keep rotating at the same speed and need large amounts of force to slow down or stop completely.

AC power systems are designed to operate at a constant speed, which is sometimes referred to as frequency. To keep this frequency constant, it is necessary to store a certain amount of inertia.

Since renewables do not guarantee enough inertia to keep the system stable, it is necessary to use the turbines in existing infrastructures to store it.

Even if power will be generated from different sources, the existing infrastructures will still be used in the transitional phase to produce and store the by-products of power generation, such as inertia.

What will happen to the people?

Engineers and other highly skilled professionals in fossil fuel power plants might adapt their existing skillsets to the renewable energy sector. However, it might be considerably harder to rehabilitate low-skilled fossil fuel workers and their communities.

If the transition to a low carbon economy is not accompanied by retraining schemes, we risk the same high unemployment rates observed as a result of coal mine closures. Therefore, it is paramount that governments plan for a just and equal transition to clean energy.

The idea of a socially-just transition has been espoused by both the International Labour Organization (ILO) and the United Nations Framework Convention on Climate Change (UNFCCC).

It was also a part of the Paris Agreement, which champions “the imperative of a just transition of the workforce and the creation of decent work and quality jobs” for fossil fuel workers.

There are several examples of successful upskilling of the fossil fuels workforce. Essen, in western Germany, has converted old coal mines into industrial heritage museums that attract millions of tourists every year.

Local coal communities have reinvented themselves to cater to tourists, with the help of the government and other stakeholders.

Liulong, in eastern China, has built a massive floating photovoltaic project on a lake covering an abandoned coal mine. Former coal miners have been retrained and are now employed in the solar project.

These examples show that sustainability and social justice can go hand in hand. As the transition to clean energy speeds up, stakeholders need to think about how to repurpose existing resources and skillsets.