ENGIE: Energy for all 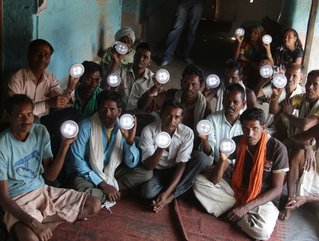 One of the most notable French business success stories, ENGIE – known as GDF Suez until April 2015 – is a giant in the energy industry. As a mul...

One of the most notable French business success stories, ENGIE – known as GDF Suez until April 2015 – is a giant in the energy industry. As a multinational electric utility business, ENGIE utilises natural gas, nuclear, and renewable energy to create and distribute electricity, all controlled from the company’s Courbevoie headquarters.

ENGIE is well known for having developed the first pressurised water reactor, built in Belgium, which cemented its status as a pioneer and an innovator. Also, the business is an expert in both upstream and downstream activities, making it stand out yet further from competitors, and highlighting the high levels of expertise it encapsulates. The new name of ‘ENGIE’ was itself crafted to draw focus towards a fresh, friendlier, and admirable image.

ENGIE now pours effort into making positive world changes, and with the discovery that 20 percent of the world’s population has no access to electricity, as well as over 25 percent of people facing fuel poverty in Europe, a new project – ENGIE Rassembleurs d’Energies – was born.

The initiative (the title of which translates to ‘Gatherers of Energy’ in English) has been working on improving this global situation since 2011. Laure Vinçotte, Managing Director of ENGIE Rassembleurs d’Energies, tells us more about what the scheme is for and what is has achieved.

“As the world’s leading utility and energy services provider, ENGIE is committed to providing sustainable and reliable energy for all clients,” she explains. “ENGIE Rassembleurs d’Energies’s mission is to develop energy access for impoverished population groups in the less developed countries and to combat fuel poverty in developed countries. Globally, more than 1.2 billion people have no access to electricity and more than 2.7 billion people have no access to clean cooking solutions. Access to energy – an essential service – is at the heart of the fight against poverty and the driver for sustainable economic growth, and also impacts education, healthcare, and livelihoods.”

How does ENGIE achieve this?

“ENGIE’s contribution to sustainable energy access for all is organised on three levels: investments, donations and technical assistance,” says Vinçotte. “Donations are coordinated through the ENGIE corporate foundation and technical assistance is provided by employee NGOs under the ENGIE Volunteer Program. Through the Rassembleurs d’Energies Corporate Impact Investment Fund, ENGIE invests in local entrepreneurs to scale up innovative business models and adapted solutions which provide clean energy access to impoverished communities.”

The Rassembleurs d’Energies initiative was a dream long before it became a reality. It took five years to increase the funding from 10 million euros to 50 million euros, and it now spans a portfolio of 18 enterprises offering their products and services towards the goal of bringing sustainable energy to all. This expansion of the initiative has led to it providing 1.2 million people with clean electricity solutions, which is just the tip of the iceberg for ENGIE.

The projects Rassembleurs d’Energies has undertaken recently are indicative of its enormous and ever-increasing impact on the world; Vinçotte tells us about a few of these key focus points and how they are improving the world’s energy issues.

“Some of the key investments that Rassembleurs d’Energies has led in Asia specifically include replacing fossil fuels with smart solar powered devices in India – in the states of Bihar and Uttar Pradesh – through three innovative enterprises in which the fund invested: Mera Gao Power, Simpa Network, Rural Spark and Green Village Ventures,” she explains. “Mera Gao Power builds, owns, and operates the world’s most affordable micro-grids, and meets the essential energy needs of off-grid communities at a competitive cost. MGP’s customers mostly live in isolated rural hamlets with less than 100 homes, where income is around $50-$80 per family and there is no main grid connection. The MGP business model is easily reproducible and with the support of ENGIE Rassembleurs d’Energies, this promising company is able to scale up.

“MGP is now serving over 130,000 people in over 1,700 villages with clean reliable power. It has delivered results that are in line with its projections and has been successful enough to attract new investors to support its growth.”

Having partners like MGP is vital to ENGIE’s operations, Vinçotte says. “One of the beauties of impact investing activities is that people combine and coordinate their efforts to promote enterprises rather than compete against each other. Having partners is important so as to mitigate the risks and optimise the efficiency in closing deals. ENGIE Rassembleurs d’Energies will make the most of its experience gained in the energy access industry and will leverage the technical expertise and local knowledge of the ENGIE Group, while other partners are co-investors or Development Finance Institutions that will contribute through their knowledge of the sector and of the markets.”

While economies worldwide are steadily growing, people are living longer, and living conditions have improved everywhere, this does not necessarily translate to all people receiving their basic requirements. However, thanks to a combination of an increase in technological breakthroughs and the advanced levels of innovation in finance, clean energies such as solar are plummeting in cost and becoming ever more accessible even to those in the most difficult environments.

“Among the solutions that are now available, pay-as-you-go solar home systems and renewable micro grids are very promising solutions,” says Vinçotte. “Not only do they provide reliable clean energy but they can also provide credit services and mobile banking that enable users to afford these solutions. After seed investors, impact investors such as Rassembleurs d’Energies have been acting as catalysts to unleash capital either on their own or with DFIs. Additionally, on top of existing programs that are deployed locally to provide reliable and affordable energy solutions, governments can spur private initiatives and enterprises in complementing their action by providing a conducive environment for investing and doing business.”

For Rassembleurs d’Energies, after building a solid portfolio last year, the focus is on “managing that portfolio efficiently by accompanying the enterprises in their growth as they expand in new geographies – such as Southeast Asia – and in specific technologies such as renewable micro grids and clean cooking solutions,” Vinçotte concludes. ENGIE’s dedication to the world’s energy requirements is one that will only increase in size and impact, until the dream of sustainable energy for all becomes reality.