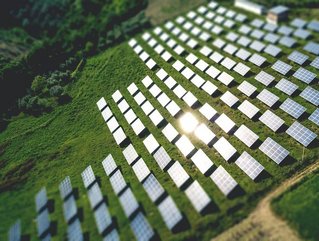 Due to the falling costs of solar energy, and the rise in countries trying to reach new renewable energy targets, the European solar sec...

Due to the falling costs of solar energy, and the rise in countries trying to reach new renewable energy targets, the European solar sector is expected to dramatically develop.

Over the next four years, it is predicted that the industry could create 94,000 jobs.

EY have released a report on 6 November on behalf of Solar Power Europe stating that job production could increase by 470% between now and 2021 in some countries, with the ones to watch being Spain, Greece, and Poland.

This could boost the number of full time jobs within the sector to 175,000, whilst also generating €12.5bn in gross value for the bloc’s economy.

“As a result of the strategic plans developed by European countries to increase the shares of renewables in their energy mix, countries with ambitious forecasts of new installed capacities (e.g. France, Italy, Spain) show an acceleration of the number of job support downstream of the value chain,” is stated in the report.

“2021 new installed capacities will be three to 20 times the capacities installed in 2016. This has a direct effect on engineering and installation related jobs.”

If these estimations are correct, solar power can recover from its drop in 2011 following the subsidy changes across the continent.

New legislation will enforce that by 2030, countries should source 35% of their final energy consumption from renewables, an increase in 8%.