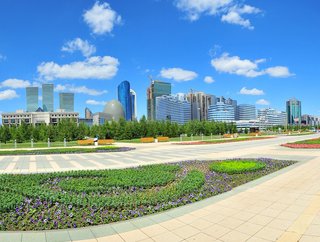 Kazakhstan is going global in a bid for cleaner energy resources, with heavy government backing and ambitious renewable...

Kazakhstan is going global in a bid for cleaner energy resources, with heavy government backing and ambitious renewable energy commitments. Saltanat Berdikeeva looks at the challenges that lie ahead.

As of this year, Kazakhstan has moved to a system of procuring electricity from renewable energy sources at international auctions. The initiative is aimed at bringing down the cost of electricity from renewable sources throughout the country. It is hoped that this shift from fixed rate purchase to auctions will reduce costs as well as attracting foreign investment, forming the latest step in Kazakhstan’s gradual, but ambitious, direction toward meeting 50% of its energy needs by 2050 from renewable sources.

This begs an obvious question: why would the second-largest producer of oil in the former Soviet Union after Russia, with an economy more than 60% dependent on oil sales, be interested in renewable energy? One of several reasons is the growing domestic demand for energy. Kazakhstan’s economic growth has ramped up its traditionally fossil fuel-based energy consumption over the past decade, with the International Energy Agency predicting demand in the country to double by 2035. For decades, coal-fired power plants have been at the core, accounting for nearly 75% of total power generation. However, coal production has fallen due to diminishing profitability and rising mining accidents. In addition, coal-fired power plants contribute to high air pollution rates in the country.

Kazakh authorities also stress the necessity to develop renewable energy because they believe that oil prices will rise in the next decade, while they fear the country’s recoverable oil reserves will decline. The development of renewable sources of energy will therefore be necessary for preservation of the country’s long-term economic stability. The country’s growing concern about climate change is another factor. In 2016, Kazakhstan announced its plan to reduce its greenhouse gas (GHG) emissions by 15% by 2030 from the 1990 base year. It seeks to meet its Paris Climate Agreement obligations through commitments to renewable energy and reduction of greenhouse gas emissions.

This Central Asian country has a strong potential to harness energy from renewable sources, particularly in the south-east which is further away from coal, oil and natural gas sources. Supplying energy to that region requires substantial monetary resources and investments in technology. Local observers argue that the country’s least expensive form of renewable energy is hydropower, and believe it is possible to cover the energy deficit in southern Kazakhstan with mini power stations without retaining dams. The country is also a favourable location for large-scale use of wind energy, with an estimated potential generation of 929bn kWh of electricity per year as well as solar power with a potential of 2.5bn kWh/year according to Renewable Market Watch.

While renewable energy is at early stages, Kazakhstan is ramping up policy efforts to incorporate green energy as part of the country’s future. It is one of the first countries in Central Asia to have built an institutional framework to transition to a green economy, having adopted an Ecological Code in 2007, Law on Supporting the Use of Renewable Energy in 2009, and the Concept of Transition to Green Economy in 2013. Development of renewable energy is an important component of this program, in particular hydropower (especially small hydropower stations), solar and wind. In an effort to learn from international experiences, Kazakhstan became a member of the International Renewable Energy Agency and ratified its charter in 2009. Moreover, it is partnering with international financial institutions to develop the country’s renewable energy infrastructure.

Although renewable energy currently makes up just 1% (mainly from solar and wind), clean energy is slowly maturing in Kazakhstan’s laws and commerce. The authorities are now aiming to meet 3% of the country’s overall energy balance from renewables by 2020. However, the long-term goal is much more ambitious. According to the Vice Minister for Energy, Gani Sadibekov, Kazakhstan plans to get 30% of its electricity from renewable energy by 2030, with the Kazakhstan-2050 strategy stating renewable energy must constitute 50% of the country’s total energy consumption by 2050.

According to the Energy Ministry, Kazakhstan generated 1bn kWh from solar, wind and biogas in 2017, a 22% rise year on year. The plan for 2018 is to generate 2.7bn kWh from renewables. By 2020, the Kazakh Energy Ministry plans to roll out 52 renewable energy projects with a cumulative capacity of 2GW. The country’s Ministry of Investment and Development along with national company Kazakh Invest came up with a list of 145 investment projects worth nearly $47bn. This year, 15 of these projects will be built and 23 will be launched. One of the largest utility-scale solar power stations in Central Asia will be built in Karaganda.

Financing remains a challenge for building renewable energy infrastructure in Kazakhstan. Lack of domestic technical know-how, coupled with the expense of foreign renewable technology, competes with cheaper, abundant domestic fossil-fuel based energy. Despite a limited number of institutional investors in renewable energy in Kazakhstan, local green energy experts argue that it is necessary to continue seeking funding due to declining capital costs of renewable energy sources. The country’s leadership is now actively searching for foreign investors to develop renewable energy potential. Last year, the European Bank for Reconstruction and Development (EBRD) pledged to invest €200mn to finance the construction and operation of solar, wind, small hydropower, and biogas infrastructure as well as upgrades of the electricity grid to facilitate the integration of renewable energy sources into the grid. Kazakhstan is also seeking to attract $480mn in investments from other international financial institutions to fund more than 500MW capacity of renewable energy.

Although the general investment climate in the country has improved in recent years, investments in renewable energy sources remain risky for Kazakhstan. Oil, gas and coal, which have been the backbone of the country’s energy use and economic growth, are key barriers to developing renewable energy. There is also skepticism about lesser known and costlier renewable energy sources. On the other hand, there has been a gradual shift in mentality and policy towards embracing renewables given the country’s growing energy demand, inadequate access to electricity in remote and rural areas, anticipated price rises for oil and gas, and concern over the environmental impact of fossil fuel exploitation. In 2017, Kazakhstan was chosen to host EXPO-2017, an international green energy exposition. This event was a further push for Kazakhstan to search for projects that make sense for its economy. Progress may be slow and bumpy, but Kazakhstan is on the right track in its pursuit of renewable energy.