Formula 1 races towards net-zero carbon in 2030 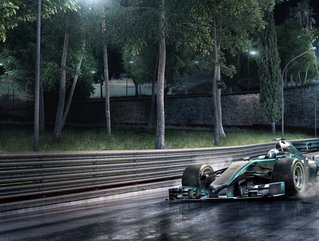 As the pinnacle of motorsport, Formula 1 (F1) has long led the way in automotive innovations bot...

As the pinnacle of motorsport, Formula 1 (F1) has long led the way in automotive innovations both on the track and on public roads. While it might be assumed that vehicles capable of such tremendous power output would be among the thirstiest gas-guzzlers, the current F1 hybrid power unit is the world’s most efficient and enables the cars to generate more power with less fuel, and fewer emissions, than any other vehicle. Not content with having the least environmentally impactful internal combustion engine-based (ICE) vehicles, Formula 1 has announced that it will achieve net-zero carbon emissions across its operations by 2030.

Having conducted extensive planning with the Fédération Internationale de l'Automobile (FIA), motorsport’s governing body, F1 teams, sustainability experts, and promoters and partners from across its supply chain, F1 has affirmed that its plans are realistic as well as ambitious. Along of proliferation of its hybrid power unit, set to be a key component in the transition from ICE vehicles to electric alternatives, the organisation will also totally mitigate its carbon footprint across vehicles, races, track operations and logistics, along with using 100% renewable electricity in offices and factories.

It has also committed to infusing sustainability in each facet of its events by 2025, including the assurance that all waste is reused, recycled or composted, that all single-use plastics will be removed from the equation, and the promise to provide greener options for fans travelling to and from events.

“Over its 70-year history, F1 has pioneered numerous technologies and innovations that have positively contributed to society and helped to combat carbon emissions. From ground-breaking aerodynamics to improved brake designs, the progress led by F1 teams has benefitted hundreds of millions of cars on the road today,” said Chase Carey, Chairman and CEO of F1, in the organisation's press release.

“In launching F1’s first-ever sustainability strategy, we recognise the critical role that all organisations must play in tackling this global issue. By leveraging the immense talent, passion and drive for innovation held by all members of the F1 community, we hope to make a significant positive impact on the environment and communities in which we operate. The actions we are putting in place from today will reduce our carbon footprint and ensure we are net zero carbon by 2030.”

Jean Todt, President of the FIA, added: “Our commitment to global environmental protection is crucial. The FIA welcomes this Formula 1 initiative. It is not only very encouraging for the future of motorsport, but it could also have strong benefits for society as a whole,”

"This strategy is in line with initiatives started some years ago by the FIA with the creation of the Environmental Accreditation Programme, more recently with the FIA Environment and Sustainability Commission, and researches on renewable racing fuel. Furthermore, in 2014 we introduced the hybrid power unit in Formula 1, which was essential for the development of motorsport’s highest category.”

Full details of how it will achieve its ambitious goals have not yet been disclosed, although F1 noted in the press release that they will soon be unveiled on the organisation’s corporate website.