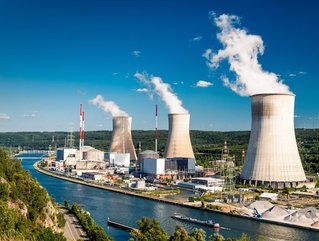 President Emmanuel Macron announced this week that France will reduce its national dependence on nuclear power to 50% of its energy...

President Emmanuel Macron announced this week that France will reduce its national dependence on nuclear power to 50% of its energy mix by 2035 from 75% today, Reuters reports. The plan includes provisions to close two nuclear reactors by 2020.

Sources also indicate the French government intends to boost its 83.7% stake in UK gas and electric company EDF to compensate. Reuters’ report also confirmed that the state will “ask the firm to make proposals about changing its structure” in response to the larger investment.

Reuters states that “any alterations to the structure proposed by EDF would have to preserve the integrity of the utility and allocate adequate financing for each of its activities,” continuing that “the state will consider boosting its stake in the capital of the company in line with the challenges and risks linked to the nuclear activity”.

Industry specialists suspect the proposed restructuring would involve EDF creating a seperate legal entity for its nuclear activities, in which the French government would then increase its stake to 100%.

The report states that “That would take the nuclear risk off the market and could make it easier for the French state to put in place a support mechanism for the… nuclear industry.”

In his press release, President Macron said “France would not phase out nuclear entirely, as its neighbour and economic partner Germany plans to do.”

Macron continued, explaining that “the closure schedule would depend on the evolution of France’s energy mix, including the planned increase of renewable energy sources and the expansion of interconnection capacity with neighbouring countries.”

“It is a pragmatic approach ... which takes into account security of supply,” he said, reinforcing the government’s policy that nuclear power in France will not be reduced to the point that the country has to import power from abroad.