The future for large electricity users 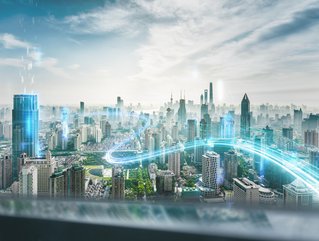 “The only way that major electricity users will be able to be sustain the costs of managing electricity in the future will be by...

“The only way that major electricity users will be able to be sustain the costs of managing electricity in the future will be by generating and storing their own electricity and selling back to the grid,” says Carl Ennis, Head of Product and System Sales, Smart Infrastructure, UK and Ireland, who takes over as CEO of Siemens UK in January 2020, at this year’s UK Energy Storage Conference (UKES 2019).

In the UK, there is a national imperative to decarbonise and have cleaner air in our cities and regions. Most large electricity users are increasingly committed to reducing their CO2 footprint and overall use of energy, and Siemens is also committed to being carbon neutral globally by 2030. The company is already well underway with new smart buildings in Switzerland and South Africa, having been opened this year, plus extensive work being carried out and planned on existing buildings worldwide. With a portfolio of over 1mn sqm of space and spending some €300m on new construction projects annually, Siemens has a global workforce of 379,000 involved in the manufacture of everything from trains and wind power to hospital equipment and energy management systems, plus extensive R&D facilities.

“From buying electricity generated by government-run power stations, larger organisations have moved to sourcing electricity from a range of providers and now, increasingly, to generating their own electricity, mainly with solar power or wind turbines,” explains Carl Ennis. “Now we all need to be looking at both selling electricity to the national and micro grids along with on-site storage of electricity generated in low demand periods for use at busier times. Costs are falling for Internet of Things (IoT) products and energy management systems needed to run effective usage, but we are still looking at major levels of investment which can only be justified by an income stream from selling electricity or very significant savings in energy use. For example, we are currently working with Keele University on a project to make them self-sufficient in energy, saving them £2mn a year.”

Because solar and wind power, the most common options for self-generation, are intermittent, storage has to be considered. At any given time, 95% of cars are parked, so one of the interesting opportunities for storage is the use of electric vehicle (EV) batteries. The proposition is that when EVs, having replaced the 38mn vehicles currently on UK roads, are not in use, they are connected to the grid, national or micro. Through smart management they will be able to supply electricity to the grid or draw power to be charged when needed. An electric car can typically store an average home's daily energy demand. Government policies are pushing the rapid development of ever faster charging and higher capacity vehicle batteries to make EVs more attractive to consumers. Using energy stored in the batteries of EVs in the car park to power large buildings, or sell to the grid, not only provides electricity for the building but also increases the lifespan of the vehicle batteries, according to researchers at Warwick University.

Ideally, in the longer term, we should be moving away from rare earth metals, essential to the current wave of battery development. Lithium, cobalt, vanadium, copper and so on have a clue in their generic name: they are rare. Furthermore, these minerals are mostly found in countries with unstable or inimical political systems, and where mining practices do not always meet the basic human rights standards we would wish for. Electrochemical battery systems have been the technology of choice in most of the storage applications to date, a lot of research power goes into alternatives.

“Siemens researchers and our joint projects with universities are particularly focused on the higher capacity technologies which will better complement current capabilities and future system needs,” Ennis points out. “Hydrogen, one of the most common elements on Earth, has always played a major role in the fuels we use, but is also a potentially very important fuel in its own right. We have produced hydrogen power cells for on-site storage of solar and wind generated electricity which can then be used for off-grid EV charging – including performance cars at the Goodwood Festival of Speed – to augment power connections in car parks.

This is in addition to fleet vehicle parks for EV charging at multi storey car parks, shopping centres, parking for buses, ambulances and police cars; for powering trains on the systems of many countries; and for powering heavy goods vehicles. Hydrogen fuel cells generate electricity by combining hydrogen and oxygen. They are reliable and quiet, with no moving parts, have a small footprint, high energy density and release no emissions – when running on pure hydrogen, their only by-product is water. Fuel cell facilities can, therefore, produce hydrogen when electricity is cheap, and later use that hydrogen to generate electricity when it is needed.”

Green ammonia, using wind or solar power to produce it, is another avenue that Siemens is exploring.  It has a £1.5m pilot project in Oxfordshire employing ammonia as a new form of energy storage. The potential advantage of ammonia over other emerging storage technologies is that volume production is already proven and scalable plus it can be transported using existing technology and hardware, even the existing gas distribution network.

Getting to a carbon neutral, low cost, efficient energy system will require a huge commitment and investment. A local energy strategy, developed by Siemens, for three Local Enterprise Partnerships covering the southeast of England, makes clear the scale of commitment; it identified an investment requirement from both the public and private sector of £14 billion. The strategy identifies 18 key projects across five themes. “We have identified real projects which can get off the ground,” says Ennis. “But it needs a collaborative effort from the public and private sector. These are projects which you can learn quickly from and scale up. To decarbonise you have to do it at scale – nothing will change at the pace it needs to if you only take small steps.”