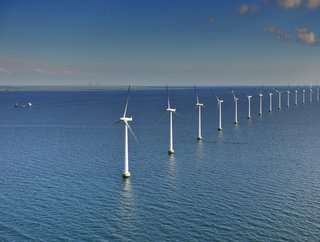 The 12MW Haliade-X turbine would double the capacity of GE’s current largest turbine and have the power to produce 45% more energy than the world’s current most powerful offshore turbine.

GE plans to invest $400mn into the project over an expected span of three-five years.

The turbine has been designed to tower at 260-metres tall, with blades measuring at 107-metres long, which will make them the longest recorded blades.

The world’s largest wind farm, The Hornsea Project, will receive 8MW offshore turbines, whilst Vestas announced the development of its V164-9.5 MW turbine.

“The announcement of the Haliade-X is a clear indication of GE’s commitment to the global offshore wind market,” said Partner and Analyst with MAKE Consulting, Dan Shreve.

“GE’s commitment to the market had been called into question given its overall lack of engagement in the sector outside of France.”

“GE had fallen far behind its peers on new product development initiatives, with only a handful of Haliade 6-megawatt turbines in the water by the end of 2017.”

“GE made the right move in taking an aggressive approach to leapfrog the current market leaders.”