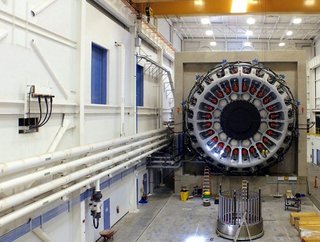 The 15MW rig is 20ft wide and over three stories tall is one of the largest rigs in on the globe, located in South Carolina.

The university also owns a smaller, but still powerful, 7.5MW rig, which is used for mechanical and electrical testing.

In 2013, the university used US$100mn of funding, from federal, state, and private investors, to lower the time of bring offshore wind projects to the market.

MHI Vestas Offshore Wind, the subsidiary of Danish Vestas Wind Systems and Japanese Mitsubishi Heavy Industries, has signed a contract to use the 15MW rig for tests.

It will test its 9.5MW turbine over a period of five years, at the price of $23mn.

The Connecticut-based GE Renewable Energy has also signed a multi-year contract for the use of the 7.5MW rig.

“The Clemson testing facility represents a critical investment to ensure America leads in this fast-growing global industry — helping to make sure the best, most efficient wind energy technologies are developed and manufactured in the United States,” commented Daniel Poneman, former Deputy Secretary of Energy.