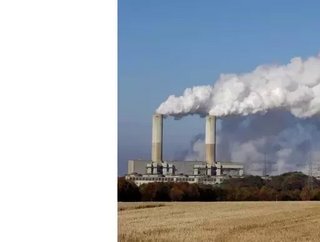 Move reflects Germany’s commitment to ending the fossil fuel, and idles the equivalent of five nuclear power plants in one step...

Germany’s energy regulator says as much as 4,788MW of coal-fired power generation capacity will cease to be marketable from January 1, as part of a policy to take carbon-polluting capacity out of the market, according to a Reuters report.

The move reflects Germany’s commitment to ending the fossil fuel age, idling the equivalent of five nuclear power plants in one step, while also cushioning the impact on utilities, regions and employment.

“The tenders have met with a positive response from the operators. The round was clearly oversubscribed,” says Jochen Homann, the head of the Bundesnetzagentur regulator.

Germany has decided to abandon coal by 2038 and achieve a mostly carbon-free energy system by 2050.

According to a statement from the country’s Federal Ministry for Economic Affairs and Energy from March this year, the country’s adoption of the Act on the Phase-out of Coal-fired Power Plants will take an entire generation to complete.

“It is a long-term project that comes after tough debates and a milestone for Germany’s energy transition. Germany is one of a handful of industrial countries in the world that is phasing out nuclear power by 2022 and power generated from coal by 2038 at the latest, and is deploying an active structural policy that provides clear prospects for the people living in the regions affected by this.

"We are taking care to design the coal-phase out in a way that delivers legal certainty, is based on sound economics, and provides for a social equilibrium,” said Peter Altmaier, Federal Minister for Economic Affairs and Energy, at the time.

“A number of power plants will be retired before the end of the year. At the same time, we are expanding the use of renewables and retrofitting coal-fired power plants with CHP technology. Our structural change projects for local communities are also to begin this year. We will soon be signing an agreement to this effect between the federation and the Länder where lignite is being mined and decide on specific projects within the coordination body set up by the federation and the Länder.”

The Federal Ministry report says that the Act on the Phase-out of Coal-fired Power Plants contains provisions stipulating a gradual phase-out of electricity generation from hard coal and lignite by 2038 at the latest; a continuous monitoring of the energy security situation; the deletion of CO2 certificates; compensation for electricity users in the event of a rise in electricity prices resulting from the coal phase-out; and adjustment payments for older employees working in the coal sector.

The loss of electricity caused by the gradual phase-out of coal will be compensated for by a higher renewables target of 65 percent by 2030. At the same time, funding for combined heat and power will be extended and developed to encourage the transition from coal to more flexible and climate-friendly power sources, the report adds.