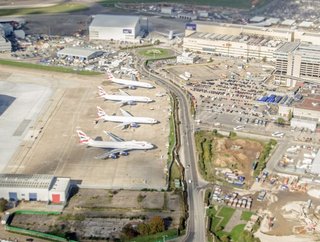 London’s Heathrow Airport has announced that it will be installing seven rapid charging points for electric taxis by the end of December...

London’s Heathrow Airport has announced that it will be installing seven rapid charging points for electric taxis by the end of December.

In a collaboration with Transport for London (TFL) the chargers will be located in Heathrow’s Taxi Feeder Park.

The airport also revealed that it has added a 50th electric vehicle (EV) to its fleet.

The taxi chargers are some of the first of their kind in London, as they charge vehicles three times as fast as average chargers.

The intention of the installation is to reduce the emissions related to airport traffic, as part of the Heathrow 2.0 sustainability strategy.

“Our sustainability strategy, Heathrow 2.0, and global commitments like EV100 tie Heathrow to some ambitious but realistic targets to clean up our fleet and speed up the take-up of electric technology across our airport,” commented John Holland-Kaye, Heathrow’s Chief Executive.

“Since our pledge to switch to electric cars and vans in 2015 we have made tremendous progress towards improving air quality in our city, but we are committed to go further yet.”

The EV chargers also conform to the Mayor of London, Sadiq Khan’s, policy that enforces that all newly licensed black cabs, as of January 2018, must be electric or plug-in hybrids.

Heathrow Airport was one of the first 10 companies to join the Climate Group’s EV100 initiative, which aims to make all vehicles up to 3.5 tonnes electric by 2030.