House of Representatives introduce bill that will affect wind forecast 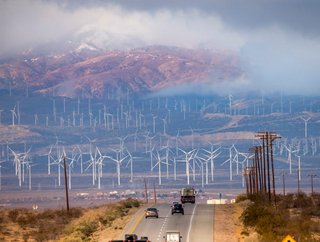 The Republican members of the House of Representatives last week presented a bill for tax reform, as part of a larger tax reform package.

The Republican members of the House of Representatives last week presented a bill for tax reform, as part of a larger tax reform package.

The bill proposed changes to the Production Tax Credit (PTC) for wind power that could jeopardise the four-year forecast for wind turbine installation.

The proposal would immediately destabilise tax equity, the 80-20 repowering campaign, and 80% PTC value safe-harbouring of turbines.

The bill is still subject to the Senate approval, but it is suspected that Senators will not pass the plan that would have such drastic repercussions on the wind power market.

The author of the PTC, Senator Chuck Grassley (R-Iowa), holds a key position on the Senate Finance Committee, likely giving him influence over the final decision.

The wind industry claims that US$50bn worth of investment is at risk with this new bill, however the solar sector has remained in the clear, with most the industry left mostly preserved.

“Wind has particularly been a boon in rural areas where there aren’t a lot of economic choices,” commented Greg Westone, President of the American Council on renewable Energy.

Whilst AWEA Chief Executive Tom Kiernan stated: “The House proposal would pull the rug out from under 100,000 U.S. wind workers and 500 American factories.”