How many offshore wind turbines does it take to power the world's major cities? 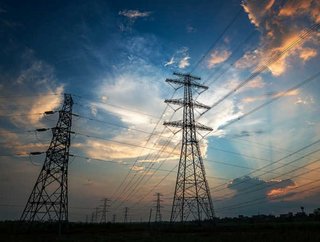 Renewable energy has become a crucial tool in the race against global warming.  By 2040, it’s forecast that over a third of global...

Renewable energy has become a crucial tool in the race against global warming.

By 2040, it’s forecast that over a third of global power will come from renewable sources such as wind and solar, according to a report by Bloomberg New Energy Finance.

Researchers suggest that wind farms could potentially produce 40 times the electricity the world consumers, so why do they lag behind, providing just 4% of the world’s energy.

With demand for electricity growing, just how much, or how little, space is needed to supply some of the world’s biggest city’s with wind energy?

Known for its neon lights and technological innovation Tokyo, Japan, tops the leaderboard requiring 10,620.5 km2 of offshore turbines to power the city, according to a report published by RS Components.

The electric company’s data also suggests that Seoul is the most power hungry city in the world.

According to the report, it would take over 6 times the size of Seoul's city area in offshore wind turbines to meet the city’s electricity usage.

Another Asian giant is just as power hungry.

Conversely, the Spanish capital of Barcelona requires the smallest area of offshore turbines to match the city’s power usage, with 299km2 needed.