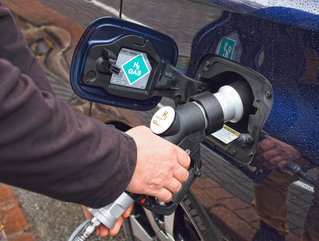 While hydrogen infrastructure might be lacking at the moment, there are big plans in place to expand the network of refueli...

While hydrogen infrastructure might be lacking at the moment, there are big plans in place to expand the network of refueling stations to drive this zero-emission fuel forward.

Hydrogen fuel cell electric vehicles (FCEVs) have been touted as an alternative to electric vehicles (EVs) for a number of years. Not only are they just as environmentally friendly, perhaps even more so, but they take away the need for lengthy charges and most have a range of around 300 miles.

There are two things currently holding back the rapid adoption of FCEVs however. The first is infrastructure. While there are plenty of plans to roll out new refueling stations for hydrogen vehicles, the infrastructure still doesn’t allow for widespread use of this fuel.

In March this year, ITM Power, Shell, Toyota, Honda and Hyundai formed a consortium and won £8.8mn ($11.86mn) in funding from the Department for Transport to improve access to an expanded network of hydrogen refueling stations in the UK. At the moment, however, it’s Scandinavia and Germany leading the charge for the roll out of FCEVs.

The second barrier to full-scale adoption of these cars is cost. Hydrogen is sold in kilograms rather than volume and current prices are approximately £10 to £15 ($13.50 to $20) per kg. An average FCEV tank holds around 5kg, so a full hydrogen refill would cost between £50 and £75 ($67 and $101). At the moment, hydrogen FCEVs have much higher per-mile costs than EVs or internal combustion engine cars.

For consumers, there’s very little choice available when it comes to cars, but plenty of manufacturers are working on their own FCEV. The Toyota Mirai and the Hyundai ix35 Fuel Cell are the two most popular models and it’s expected that Honda’s Clarity Fuel Cell car will join them later this year. BMW, Audi, and Mercedes Benz are just some of the manufacturers developing hydrogen fuel cell models, so the market is set to expand over the course of the next few years.

Currently, a more popular use for FCEVs is in the commercial markets. Many police cars, taxis and buses already run on the fuel in cities where there’s already a decent private infrastructure. Three fleets of 60 hydrogen vehicles will be deployed in London, Paris and Brussels as part of the Zero Emission Fleet vehicles for European Roll-out (ZEFER) project.

The €26mn ($31mn) European initiative will introduce 180 FCEVs into a combination of taxi, private-hire and police fleets.

Ben Madden, director at Element Energy told Fleet News: “We are delighted to be leading this major project which will demonstrate commercially viable use cases for hydrogen-fueled vehicles in high mileage urban fleets.

“We are excited to see first large-scale users starting to take up the technology in large fleets to do the day to day work of vehicles which operate in urban centres.”

The first 25 cars have been deployed in London by Green Tomato Cars, with another 25 due to be delivered in September. These vehicles will offer the same service as current premium taxi services and will be allocated to standard bookings across London and the Home Counties.

Also, in London, the Metropolitan police are using Toyotal Mirai hydrogen cars and trialing hydrogen scooters. In a city where there’s already a decent hydrogen refueling infrastructure, this makes sense.

The future looks bright for hydrogen vehicles with many countries offering grants and subsidies to help improve the infrastructure. In Kia and Hyundai’s native South Korea, the government offers subsidies to filling station operators to add hydrogen facilities. The goal is to have 310 stations across the country by 2022.

More than 45 stations are planned across Europe as part of the H2ME Project by 2020 with a number of those already active, while over in the USA, it’s California that’s leading the way with 35 of the country’s 39 public refueling stations. The pioneering state also has another 29 planned.

Despite the limited infrastructure, the Hydrogen Council has an optimistic view for the long-term, saying there could be around 10 to 15mn hydrogen-powered cars and 500,000 trucks by 2030 and by 2050 that number could grow to 400mn hydrogen cars and 15 to 20mn trucks.

There’s no doubt there’s a long way to go for FCEVs, but 10 years ago, we were saying the same about electric vehicles.