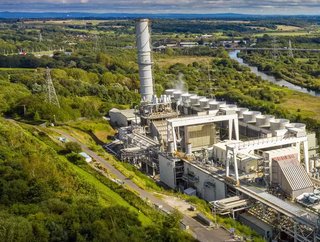 Expected to open in the mid-2020s, the partnership could reduce the CO2 emissions from the Runcorn power station by over 150,000 tonnes each year

Expected to begin in the mid-2020s, the partnership could reduce the CO2 emissions from the Runcorn power station by over 150,000 tonnes each year, the equivalent of taking 60,000 cars off the road every year.

Situated across one of the UK’s largest industrial areas which supports the highest number of manufacturing jobs of any UK region, HyNet North West will bring clean growth to safeguard jobs, and create thousands of new employment opportunities.

Following a commitment of £72 million in funding, HyNet North West will transform the North West into the world’s first low carbon industrial cluster, playing a critical role in the UK’s transition to ‘net zero’ greenhouse gas emissions by 2050 and the global fight against climate change.

HyNet North West will begin decarbonising the North West and North Wales region from 2025, replacing fossil fuels currently used for electricity generation, industry, heating homes and transportation with clean hydrogen. The project will also capture and lock up carbon which is currently emitted into the atmosphere.

It anticipates that by 2028, Rocksavage will have enough hydrogen produced by HyNet to move towards a 100% net zero power generation power station as the Gas Turbine technology becomes available.

"HyNet North West will allow us to pivot our operations as we transition to a low-carbon world. The proximity of the Rocksavage Power Plant to the HyNet North West hydrogen network provides us with an exciting and unique opportunity," he said.

As soon as the first stage of the hydrogen network is available at Runcorn, InterGen intends to modify the existing generating plant to consume a blend of hydrogen with natural gas and start to reduce our emissions.

The HyNet North West project milestones mean that Rocksavage could be the first plant in the UK to blend Hydrogen with natural gas, a step forward for the industry in the target for net-zero. Once the gas turbine technology becomes available, it will explore options with HyNet North West to create a zero emissions power station using 100% hydrogen.

The project will play a big part in supporting Liverpool City Region in its commitment to reach zero carbon by 2040 and accelerate the UK’s transition to net zero by 2050.

Steve Rotheram, Metro Mayor of Liverpool City Region, said: “Putting the Liverpool City Region at the heart of the Green Industrial Revolution is one of my top priorities. With our existing strengths in green energy, we have the potential to become the UK’s renewable energy coast.

“I am committed to doubling the number of green jobs in our region and exciting projects like HyNet will be a key part of that. We’re going to lead the way, not only in doing our bit to tackle climate change, but in pioneering new and innovative technology that in turn attracts more jobs and investment to our region.”

David Parkin, HyNet North West Project Director, said HyNet North West will play a big part in tackling climate change regionally. "It will ensure the region remains an attractive location for investment and for companies to grow through the establishment of a clean economy, protection of skilled jobs and creation of thousands of new long-term employment opportunities.

“Our partnership with InterGen at Rocksavage shows just how great an impact HyNet will have on the region – decarbonising homes, workplaces, travel and industry.”

HyNet North West is a low carbon energy project at the forefront of the UK’s journey to a Net Zero future, being developed by a consortium comprising Progressive Energy, Cadent, Essar, Inovyn, Eni, University of Chester, CF Fertilisers and Hanson.