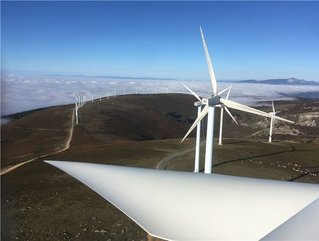 Building work will start within a few months, on Iberdrola’s Cavar Complex that will generate enough energy to supply 46,500 hous...

Building work will start within a few months, on Iberdrola’s Cavar Complex that will generate enough energy to supply 46,500 households/year and avoid emissions of 84,000 tonnes of CO2/year.

Iberdrola is launching the Cavar Complex project to boost its strategy of investment in wind power in Spain in 2019. Consisting of four wind farms with an installed capacity of 111 megawatts (MW), this project is one of the largest wind farms developed in Spain by the energy supplier in recent years. It is a joint initiative by Iberdrola and Caja Rural de Navarra.

The companies have just placed an order with Siemens Gamesa for 32 of its SG 3.4-132, 3.4 MW unit power wind turbines, the largest used to date in a land-based wind farm in Spain. With blades measuring 64.5m and a rotor diameter of 132 m, this is the ideal model for sites with medium and high winds.

All four wind farms are in the Cadreita and Valtieera municipal areas. Building will start within a few months and the facilities are expected to go into service in 2020. The wind farm complex will generate enough energy to power 46,500 households/year and, because this is renewable energy, it will prevent emissions of 84,000 tonnes of CO2 every year.

Cavar is the first wind project developed by Iberdrola in Spain whose output will be sold to companies through long-term bilateral agreements.

During last year, the company has entered into long-term bilateral Power Purchase Agreements (PPAs)* in Spain with Kutxabank, Euskaltel and Uvesco, associated to the Nuñez de Balboa photovoltaic project which is under construction in Extremadura. It has been using this same formula for years in the United States and Mexico.