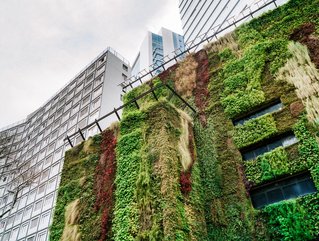 On National Energy Conservation Day last week, it was announced that India has achieved a 20% reduction in emissions intensity. Thi...

On National Energy Conservation Day last week, it was announced that India has achieved a 20% reduction in emissions intensity. This marks a significant milestone toward the nation’s goal of achieving a 33% reduction by 2030 (from 2005 levels).

The news was announced by Power Minister Raj Kumar Singh on Friday. “We have in our Intended Nationally Determined Contributions (INCD) said that by 2030 we will cap the emissions intensity of our economy to 33% as compared to the 2005 levels. Now we are well on our way.”

Some steps taken to achieve the 2030 target have included distributing LED lamps and putting together an efficient buildings code.

Also on Friday, a new Energy Conservation Building Code was launched which aims to push for energy efficiency particularly in the residential sector. The code will promote the design and constriction of homes to enable occupants to benefit from energy efficiency, and outlines minimum standards for new residential properties.

According to APN News: “Implementation of this Code will have potential for energy savings to the tune of 125bn units of electricity by 2030, which is equivalent to about 100mn ton of CO2 emission.”