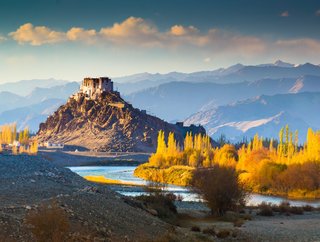 The government of India has been mulling the construction of a large solar project in Jammu & Kashmir, and this is set to move...

The government of India has been mulling the construction of a large solar project in Jammu & Kashmir, and this is set to move forward with a single tender.

The project is set to be located in the Ladakh region of Jammu & Kashmir, which according to CleanTechnica receives the highest solar radiation per unit area in India.

RK Singh, Minister for New & Renewable Energy & Power, commented on the planned tender at the NITI (National Institution for Transforming India) Aayog conference on government and business partnership, which dealt with the nation’s 2030 goals for water, energy and green industry.

India invested more in renewable energy than fossil fuels in 2017

The project, set to be worth 25GW, will deliver power to a transmission point in the state of Himachal Pradesh, from which it will be dispensed.

Singh stated, according to The Hindu: “Ladakh has the highest potential, of about 25,000MW, for solar power in India. So we are taking about coming out with one bid of 25,000MW with storage.”

Last year, India partnered with the EU in its commitment to the implementation of the Paris Agreement. It has outlines it support of the EU Energy Union’s Framework Strategy and 2030 targets for energy and climate change, as well as its own renewable targets and policies.