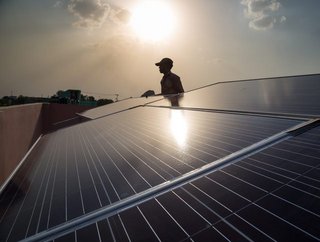 The European Investment Bank (EIB) and India’s Yes Bank have financed the country’s renewable energy industry with $400mn in a joint init...

The European Investment Bank (EIB) and India’s Yes Bank have financed the country’s renewable energy industry with $400mn in a joint initiative.

The banks announced the news on 19 December, stating that Yes Bank would be in charge of the co-financing program for solar and wind facility development.

The EIB confirmed that “eligible solar projects” had been acknowledged in the Karnataka, Telangaga, Maharashtra, and Rajasthan states.

“This new $400 million initiative demonstrates the shared vision and commitment of both the European Investment Bank and Yes Bank to increasing renewable energy power generation across India,” he added.

The plant is expected to have the capacity of 160MW, with 120MW sourced from solar power and the remaining 40MW generated from wind.

The project will cover approximately 1,000 acres of land, and will include a battery storage system making it adaptable to weather conditions.