India’s mergers and acquisitions reach $2.5bn in first half of 2018 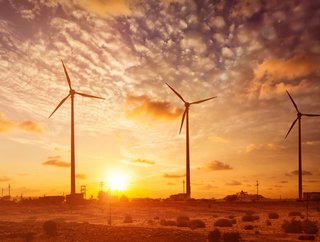 Within the first half of 2018, India’s total merger and acquisition (M&A) deals have already reached approximately Rs...

Within the first half of 2018, India’s total merger and acquisition (M&A) deals have already reached approximately Rs16,631 crore (US$2.5bn).

The acquisition, which was made in April, is the largest energy deal the country has ever seen, Quartz reported.

Greenko, the renewable energy power producer based in Hyderabad, has announced its plans to acquire Orange Renewables, which is currently owned by Singapore-based AT Capital.

Orange has 750MW of operation renewable energy, in both the wind and solar industries, spanning across five states: Andhra Pradesh, Karnataka, Madhya Pradesh, Rajasthan and Maharashtra.

The firm also has an additional 250MW of capacity that is currently under construction.

The enterprise value of the deal is anticipated to be worth $1bn according to Mahesh Kolli, the Founder and Joint Manager Director of Greenko, who informed Quartz.

In order to make the acquisition, the renewables firm has raised $447mn from investors, which include the Singapore sovereign wealth fund GIC and the Abu Dhabi Investment Forum.

“Only the strong hands will survive. This acquisition of Greenko-Orange is a step in that direction,” remarked Amit Kumar, Cleantech Partner at PwC, Quartz reported.

Following the deal, Greenko will meet ReNew in terms of total operating capacity, with the two firms managing around 4.3GW.