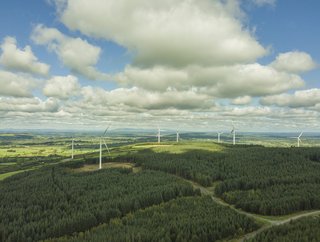 Following a record 2016, the Paris-based International Energy Agency (IEA) has raised its renewable energy forecast for the next five years...

Following a record 2016, the Paris-based International Energy Agency (IEA) has raised its renewable energy forecast for the next five years.

This is predominantly because of the surge in solar photovoltaic (PV) in China, India, and the United States.

In the medium-term renewables market report, the agency stated that it expects global renewable electricity capacity to rise by more than 920GW, or 43%, by 2020, because of supportive policies for low carbon energy and cost reductions for solar PV and wind.

This is the equivalent of the electricity consumption of China, India and Germany combined.

In 2016, hydropower, solar, wind, bioenergy, wave, and tidal – all net additions to renewable energy capacity – created another world record, growing by more than 6% of 2015.

Solar PV capacity grew by 50% to reach more than 74GW last year, being the first time that solar PV has risen faster than any other fuel.

“We see renewables growing by about 1,000 GW by 2022, which equals about half of the current global capacity in coal power, which took 80 years to build,” Fatih Birol, Executive Director of IEA, commented.

“What we are witnessing is the birth of a new era in solar PV. We expect that solar PV capacity growth will be higher than any other renewable technology through 2022.”

IEA’s previous criticism for underestimating the growth of renewables has been contrasted by their new report, stating: “While coal remains the largest source of electricity generation in 2022, renewables close in on its lead. In 2016, renewable generation was 34 percent less than coal but by 2022 this gap will be halved to just 17 percent.”

China will contribute the most to renewable capacity growth, and will be followed by the US and India.