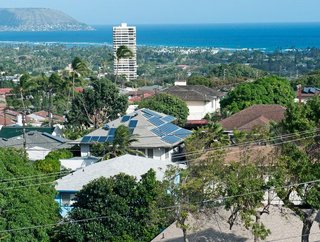 In 2017, the number of issued solar permits in Hawaii’s largest solar market – Oahu – dropped by 34% from the previous year, only reach...

In 2017, the number of issued solar permits in Hawaii’s largest solar market – Oahu – dropped by 34% from the previous year, only reaching 2,993.

According to data released by Marco Mangelsdorf, the President of ProVision Solar, 2017’s permits are 82% lower than Oahu’s record, set in 2012, of 16,715 issued permits.

“Hawaii rooftop PV peaked in 2012-2013 and has been losing solar steam ever since,” Mangelsdorf stated.

“With the elimination of NEM by our PUC in October 2015, one of the main incentives to go PV has been diminished as lesser attractive interconnect programs (Customer Grid Supply and Customer Self Supply) were introduced.”

The disinterest in solar permits in the state follows the conclusion of Hawaii’s net energy metering (NEM) program for Hawaiian Electric Co. utilities.

Hawaii Public Utilities Commission ended the program in order to transition into a new renewabl market.