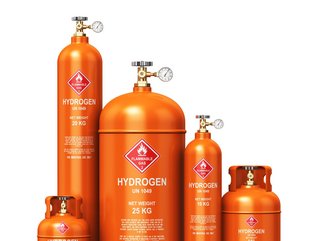 Mitsubishi Corporation, Nippon Yusen Kabushiki Kaisha, Mitsui & Co. Ltd and the Chiyoda Corporation are heading up the venture after coming together to create the Advanced Hydrogen Energy Chain Association for Technology Development, abbreviated to AHEAD.

Funding for the project is coming from Japan's National Research and Development Agency and the New Energy and Industrial Technology Development Organisation.

The plans will see Chiyoda, a Japanese engineering firm which specialises in industrial facilities, use its patented SPERA Hydrogen technology to construct the demonstration plant.  Construction at the sites in Negara, Brunei Darussalam and at the Dehydrogenation plant in Kawasaki’s coastal region of Japan in expected to begin later this month.

A report in Gasworld, explained how the project will work.  It said: "H2 will be procured in Brunei using Steam Reforming from the processed gas derived from the natural gas liquefaction plant of Brunei LNG Sdn. Bhd., and then transported by ship to Kawasaki, Japan in liquid form.

"H2 will then be extracted from the liquid and supplied to consumers. The project should be capable of supplying 210 tonnes of H2 in 2020, equivalent to filling 40,000 fuel cell vehicles.”

The H2 demo project is seen as a stepping stone for the  commercialisation of projects after 2020, in line with the Japanese government’s Phase II of the ‘Strategic Road Map for Hydrogen and Fuel Cells’ which aims to realise global H2 transport and supply technologies for full-scale H2 power generation by 2030.

This particularly demonstration project is expected to become operational at the beginning of 2020.