Jet fuel made from food waste could slash carbon emissions 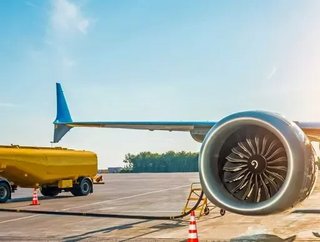 The aviation industry is continuously looking for new ways to help reduce carbon emissions after it pledged to cut them in half by 2050.

Most food scraps that are used for energy around the world currently are converted into methane gas and contribute to climate change, but researchers in the US have now said they found a way to use the food waste to produce sustainable aviation fuel (SAF).

The new study, published in the Proceedings of the National Academy of Sciences, shows that scientists have worked out a way to transform food scraps, used cooking oil, animal manure and wastewater into a type of paraffin that works in jet engines.

Although aviation makes up a relatively small fraction of total global transport emissions - around 12% - the industry is at a turning point. The UK government has just announced a £15m competition to encourage companies to use new technologies to develop jet fuel from household waste products.

Researchers were able to produce a SAF made from a combination of renewable isoparaffins and straight-chain paraffins that could be blended with conventional jet fuel in higher concentrations, up to 70 per cent, while still meeting the extremely strict quality criteria that Federal authorities impose on aircraft fuels.

A major advantage of this new fuel is that it produces round 34 per cent less soot than current standards. This is a significant benefit because soot plays a major role in the formation of contrails from airplanes, that adds a warming effect to CO2 coming from the engines.

Southwest Airlines are collaborating with National Renewable Energy Laboratory (NREL) on scaling up SAF from wet waste, also they are providing an insight into how the fuel could be used and supplied across regions in the United States.

"We’re excited to partner with NREL as we continue our journey to make commercially-viable SAF a reality and a part of Southwest’s future,” said Michael AuBuchon, senior director of Fuel Supply Chain Management at Southwest. “It is undeniable that SAF’s role in reducing emissions across the industry and at Southwest will be significant. NREL’s research could provide a game-changing opportunity to make SAF cost-effective, leading to its larger-scale deployment.”

Derek Vardon, a NREL scientist and corresponding author of the paper, said: “If our refining pathway is scaled up, it could take as little as a year or two for airlines like Southwest to get the fuel regulatory approvals they need to start using wet waste SAF in commercial flights."

The challenges to SAF production remain scale and volume. In 2019, fewer than 200,000 tons of SAF were produced globally, a tiny fraction of the roughly 300 million tons of jet fuel used by commercial airlines, according to McKinsey. If announced SAF projects are completed in the next few years, capacity will scale to at least four million tons - but that would equate to about 1 percent of global jet fuel demand in 2030.

"There is no silver bullet, however - no single feedstock or production pathway will be practical in every geography or yield enough SAF to meet all demand. Even as costs fall, SAF will almost certainly remain more expensive to produce than fossil fuel."