Last year Germany installed 42% of wind power in the EU 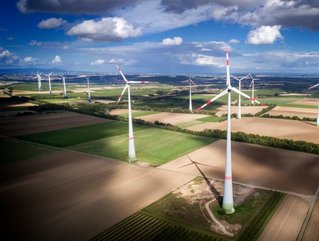 Germany was responsible for the installation of 39% of all of Europe’s new wind capacity in 2017. Last year Europe beat...

Germany was responsible for the installation of 39% of all of Europe’s new wind capacity in 2017.

Last year Europe beat its record and installed 16.8GW of wind generation capacity, according to a report released by Wind Europe.

The report, dubbed Wind in Power 2017, revealed that members of the European Union (EU) accounted for 93% of the capacity, installing 15.7GW.

This was a 20% increase from the previous year.

More wind power supplies were installed across the continent than any other form of energy, placing wind as the second largest power generator after gas, at a total capacity of 169GW.

Germany installed 6.6GW of new wind power, meeting almost half of the EU’s installed power at 42%.

The nation also increased its wind energy usage for electricity demand at the highest rate, rising from 16% to 20% year on year.

Germany has the highest total capacity in Europe, followed by Spain, the UK, and France.

Denmark uses the highest percentage of wind in it’s energy mix, however, at 44%.

“Despite the strong figures, the medium and longer term outlook for wind is uncertain,” stated Giles Dickinson, WindEurope’s CEO.

“The transition to auctions has been messier than we hoped. And crucially we lack clarity from many governments on their ambitions for renewables post-2020.”

“A 35% target is not just affordable, it’s economically desirable. The wind industry has shown it can deliver. Now we need policy-makers to deliver as well.”