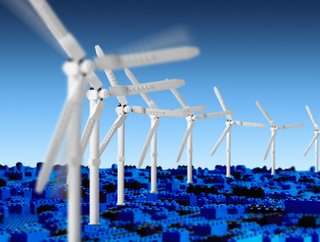 The LEGO Group has achieved its ambitious goal of balancing 100 percent of its energy use with energy from renewable sourc...

The LEGO Group has achieved its ambitious goal of balancing 100 percent of its energy use with energy from renewable sources, which it has managed to do an astonishing three years earlier than expected.

In celebration of this, the company has built the largest ever LEGO wind turbine – receiving a Guinness World Record for its efforts – and is challenging children across the globe to create their own renewable energy solutions. LEGO has previously enlisted the help of Batman to raise kids’ awareness of sustainability.

The LEGO Group has, since 2012, supported the development of over 160 megawatts of renewable energy. The most recent investment was a 25 percent stake in the Burbo Bank Extension wind farm off the coast of Liverpool, UK, which will generate clean energy for over 230,000 households.

The total output from LEGO Group renewable investments now exceeds the energy consumed at all LEGO factories, shops, and offices across the world. The 100 percent renewable milestone was a target inspired by LEGO’s partnership with the WWF Climate Savers programme, and it works with other partners to advocate for investment in renewable energy. The Group has also joined the RE100, a global initiative of companies committed to using 100 percent renewable energy.

Bali Padda, CEO of the LEGO Group, said: “We work to leave a positive impact on the planet and I am truly excited about the inauguration of the Burbo Bank Extension wind farm. This development means we have now reached the 100 percent renewable energy milestone three years ahead of target. Together with our partners, we intend to continue investing in renewable energy to help create a better future for the builders of tomorrow.”

The new LEGO brick wind turbine, standing at 7.5 metres tall and made with 146,000 bricks, is a tribute to the record-breaking 200 metre tall wind turbines of the Burbo Bank Extension wind farm, and visitors of the LEGOLAND Windsor Resort can see the turbine in real life as of summer this year.

Liverpudlian children were invited by LEGO to participate in building challenges during the unveiling of the turbine, encouraging them to use their creativity and imagination to build a renewable energy machine. Kids can also join the LEGO Planet Crew to share their views on sustainability and join the mission to protect the planet.

Padda added: “We see children as our role models and as we take action in reducing our environmental impact as a company, we will also continue to work to inspire children around the world by engaging them in environmental and social issues.”