Lights out for the US solar industry?

By Saltanat Berdikeeva
May 12, 2018
undefined mins 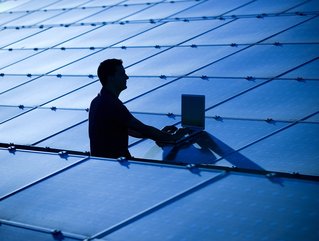 How will President Trump’s tariffs on solar equipment imports affect the industry. Saltanat Berdikeeva gives us the insid...

How will President Trump’s tariffs on solar equipment imports affect the industry. Saltanat Berdikeeva gives us the inside line.

In a move that threatens to kneecap the fastest growing energy sector in the US, the administration of President Donald Trump imposed a 30% tariff on imports of solar equipment and washing machines on 22 January 2018, with the aim of stimulating domestic manufacturing.

President Trump approved the tariffs for four years that will start at 30% the first year and decline 5% every year until 2021. The US solar industry relies 80% on imports of solar panels and their components that turn sunlight into electric power. Imports of cheap solar cells and modules, mainly from China, South Korea, Germany, and Mexico, as well as state and federal financial incentives have created favorable conditions for the growth of the solar industry in the US. Solar jobs in the US are mostly concentrated in installations, not manufacturing. The making of solar panels is a minor portion of the American solar sector, which is unlikely to be competitive with global producers in a foreseeable future.

According to the Solar Energy Industries Association (SEIA), a national solar trade association in the US, the tariffs will hit the solar industry hard. SEIA expects that over 23,000 solar jobs will be lost in 2018 as a result of lost installation and investment plans. Even if solar manufacturing creates the anticipated 6,400 positions with the help of the tariffs, job losses in other parts of the sector, particularly those working in installations of solar panels, will vastly exceed the relatively small gains in manufacturing jobs. Solar installations already started slowing down. Industry observers believe the decline will be particularly noticeable after 2018, as installers use up stockpiled inventory and demand tapers off as costs go up to potential customers.

Changes in the solar sector have not only to do with tariffs, but also with shifting consumer incentive programmes in some of the mature markets in the US. Leading the country in solar installations, states such as Massachusetts, California and Nevada have provided strong financial incentives to residential and commercial customers to go solar. But for the first time in recent years, the industry lost about 10,000 jobs in 2017, primarily because incentives in Massachusetts and California have become less profitable and solar installations began to slow down. Despite these job losses, the growth trend in 29 states and the District of Columbia appears to be strong, particularly in New York, New Jersey, Utah, Pennsylvania, Tennessee, Minnesota and Arizona. This indicates that the solar industry is not declining in absolute terms.

If history is any guide, President Barack Obama also slapped tariffs higher (35%) than President Trump’s on imports of Chinese solar products. The tariffs of 2012 and 2014 did not lead to the surge in American production of solar cells and modules, but only stalled the growth of the solar market. Unlike the current tariffs, the Obama administration’s tariffs did not affect imports from other countries. In response to Obama’s tariffs on Chinese solar equipment, China responded with a ban on imports of American polysilicon. Signaling a possible retaliatory action this time, China is considering imposing tariffs on imports of American sorghum, a move that would hurt farmers who voted for President Trump. China, South Korea and Taiwan are now contesting the US tariffs at the World Trade Organization (WTO), claiming that the US violated certain WTO rules.

In the near term, President Trump’s tariffs are likely to slow down the growth in the US solar sector, but they will not kill it. Indeed, there are reasons for optimism that the American solar industry will not only survive but will thrive again. What is likely to push the industry forward are renewable energy goals and regulations at local and state levels, which have so far been vital for the expansion of solar, wind, and other renewable energy sources in the US. Currently, 29 states have mandates requiring that utilities procure a certain percentage of their power generation from renewable energy, including solar energy. At the federal level, the solar Investment Tax Credit (ITC) will also help keep the momentum going for the industry. The ITC allows residential and commercial solar system owners to deduct 30% of the cost of installing solar from federal taxes. The ITC will decrease from 30% to 26% in 2020 and 22% in 2021. As global prices for solar equipment and labour costs are expected to fall further, the ITC may not be necessary after 2021.

Furthermore, senators from President Trump’s own conservative Republican Party expressed support for the solar industry and stood against the tariffs, which portend a favourable policy from both sides of the aisle toward solar down the road. More than that, traditionally pro-free trade Republicans do not like protectionism. Some Republican leaders in rising solar markets are concerned that falling electricity prices and solar jobs would be in jeopardy. A recent unanimous rejection by the Federal Energy Regulatory Commission (FERC) of the White House’s plan to force utilities to buy more coal and nuclear power demonstrates that even President Trump’s appointees at FERC understand the value of cheaper and cleaner energy sources, including solar. FERC’s decision is a clear signal that renewable energy is no longer a politically divisive matter, but it is increasingly an economically valuable and reliable sector for Republican government officials. In the end, these political forces may help undo the protectionist policies.

Lastly, the continuously declining global prices of solar will percolate to the US market, eventually. World prices of not just solar cells and modules, but also those of inverters, trackers, and labour costs are expected to decline more. While the tariffs make the cost of solar equipment costlier in the US for the next few years, the industry will overcome the hurdles as it has in the past.