Lightyear to manufacture a vehicle powered from 100% solar energy 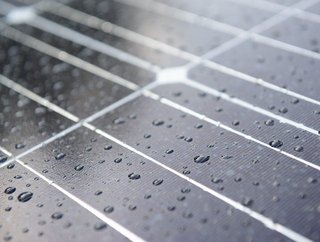 The Dutch solar vehicle manufacturer, Lightyear, has announced that it will invest finances raised from its series A fundin...

The Dutch solar vehicle manufacturer, Lightyear, has announced that it will invest finances raised from its series A funding to develop a car powered by 100% solar energy.

According to the firm, the amount travelled by the total number of cars in the world per year is a lightyear, or 9.5trn kilometres.

The company’s ultimate goal is to match that distance with electric vehicles (EVs) alone, lowering the globe’s fossil fuel consumption.

“By 2035, we want one electric lightyear to have been driven. For this goal, we are providing a scalable path forward,” stated Lightyear.

“Currently, only 3% of the world has access to the infrastructure to comfortably use an electric car.”

“On most of those places, the prerequisites to build that infrastructure are not available either. This results in a chicken-and-egg problem that we want to crack by cutting out the middle man.”

Lightyear argues that EVs are not as easily accessible due to a lack of infrastructure supporting them.

The company is developing a vehicle that can run for months without having to be charged, and can be powered through the night.

“We are building an electric car that charges itself, directly from the sun. To create the biggest possible impact, we are moving towards our mission in two steps.

“First, we’re building an electric car that works anywhere. Secondly, and perhaps the most important, we will continue to build on that concept to create a car that can work for anyone.”

Lightyear will use curved, solar panels allowing light to be absorbed from several angles, as well as adding to the design’s aesthetic.

The vehicle will be able to travel between 400-800km with its laminate solar panels protected from a variety of weather conditions.