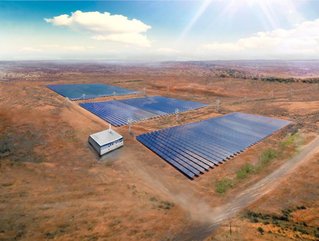 Lyon Group is launching a brand new market-driven approach that will determine the services provided...

Lyon Group is launching a brand new market-driven approach that will determine the services provided by its portfolio of large-scale battery storage projects.

The company is seeking interest from businesses wanting battery storage in Victoria, South Australia, and Queensland. Included in Lyon Group’s capabilities is a new $660 million combined large-scale solar and battery storage project at Nowingi in north-west Victoria. Construction is set to commence soon and around 250 workers will be employed.

Lyon’s offering is called its Battery Storage Market Services Tender and is an opportunity for electricity retailers and generators, according to Partner David Green.

“Lyon is able to offer multiple services from the same battery system, and flexibility in contract size to accommodate various users,” Green said. “Lyon will enter into commercial contracts for real services provided by physical assets. This is not a theoretical exercise.”

The tender’s outcome will influence the final design of the battery storage systems, an approach which is believed to be a world first. The projects within the tender, besides Nowingi, are Queensland’s Cape York and South Australia’s Riverland.

Green continued: “These projects are working through development consultation and approvals. The land has been secured, technology and other commercial arrangements are in place, and the required network capacity analysis and consultations are well advanced. Lyon’s projects are 100 percent equity financed.

“Projects like these are the heart of Australia’s energy transition, allowing for substantially higher levels of variable, low emissions generation, while strengthening the resilience of the system.”

The recent Finkel report, which details the future of the nation’s electricity market, highlighted the role of large-scale battery storage and how that need is likely to evolve.

“Lyon’s Battery Storage Market Services Tender is a reflection of the new energy world the Finkel Report describes. It is real and it is happening.

“Large-scale battery storage will be integral to meeting the Energy Security Obligations recommended by Dr. Finkel.”

Green added: “The Finkel Report highlighted the importance of fast frequency response, which is delivered by large-scale battery storage more effectively than any other alternative.

“As the cost of large-scale solar with storage has fallen, the interest of international investors has risen considerably.

“Nowingi Solar Storage will improve the security and reliability of a stretched part the grid and put downward pressure on electricity prices.”

Lyon is developing a number of new and innovative battery storage products that it will release to the market in the near future. Green concluded: “Lyon identified the need for large-scale battery storage some five years ago. We’ve been working with governments, market bodies and utilities for an extended period.”