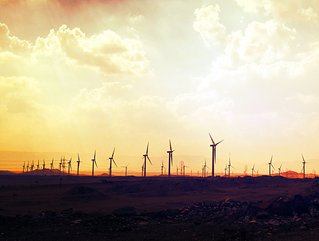 Africa is set to reach 30GW in installed wind capacity by 2027, marking a significant increase over a decade from last year’s cap...

Africa is set to reach 30GW in installed wind capacity by 2027, marking a significant increase over a decade from last year’s capacity of 5GW.

These figures are according to an analysis by Make in a report called ‘Africa Wind Power Market Outlook’, which states the growth will be led by Egypt, Morocco and South Africa, which currently make up around 85% of installed energy capacity in Africa.

Growth is also expected to come from Ethiopia, Kenya and Tunisia, which will amount to 5GW over the next decade. Around 20 smaller markets will be responsible for adding a further 5GW, including Ghana, Senegal and Tanzania.

The three leading markets (Egypt, Morocco and South Africa) will still contribute about 66% of overall growth. Indeed, the government of South Africa recently finished signing 27 new power purchase agreements for some 2.3GW of renewable energy, which had previously been delayed after tendering, Wind Power Monthly has reported.

According to Make, the key emerging countries “have been striving to translate their ambitious wind power capacity targets into actual market development due partially to imperfect regulatory frameworks”.