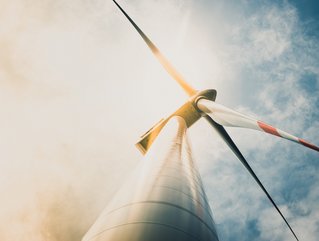 Danish wind energy company Vestas is the largest of its kind in the world, and is set to expand further in eme...

Danish wind energy company Vestas is the largest of its kind in the world, and is set to expand further in emerging markets. Energy Digital caught up with Fransisco Ruiz, Head of Business Development in Latin America, to find out more.

“Vestas has more experience than anyone else in making wind work,” says Francisco Ruiz, Head of Business Development in Latin America. Over the last 37 years, the Danish wind turbine manufacturer has expanded its operations to become a world leader in sustainable energy solutions. Operating across 30 markets in 77 countries, Vestas products represent over 17% of the global installed turbine base. Ruiz reflects on Vestas’s position as an industry leader, and the ways in which the green energy giant is seeking to expand its foothold in emerging markets, as the renewable energy sector continues to gain traction across the globe.

With a total of 11 years in the energy sector, Ruiz came to Vestas in 2009, following a role in corporate finance at Spanish multinational Abengoa. A Spanish national himself, Ruiz reflects: “I have had different managerial positions including Executive Advisor to the Presidents in Southern Europe, MENA and Latam regions. During this time, I had a strong focus in new markets, so my current role was a natural path.” He claims the role of executive advisor to Vestas’ President of South Europe helped to grant him a “holistic approach… focused on execution” which he is using to approach new challenges posed by the Latin America region. “I intensively worked on strategy, organisation, culture change, leadership and new markets,” he adds.

As a company, Vestas has a strong pedigree of pioneering work in markets only just opening their doors to the possibilities of wind power. Back in 1986, Vestas installed the first ever wind turbine in Greece, on the southern island of Mykonos. Ruiz says his experiences at Vestas, learning from the company’s long history of creating thriving markets where none existed, have “helped me set up a clear strategy in Latam”.

“With 90GW of wind turbines in 77 countries, we have installed more wind power than anyone else,” says Ruiz, who puts the company’s impressive track record down to the its commitment to working in close partnership with customers to offer the most effective solutions towards energy independence. He adds: “Through our industry-leading smart data capabilities and unparalleled 76GW of wind turbines under service, we use data to interpret, forecast, and exploit wind resources and deliver best-in-class wind power solutions.”

In addition to industry-leading technology, Vestas maintains supremacy in the renewable energy sector by virtue of a powerful, motivated workforce. “Employees are crucial to staying competitive and providing customers with the best service,” says Ruiz. With over 23,000 staff on Vestas’s books (almost four times that of its next-largest competitor, Chinese company Xinjiang Goldwind) the company is able to attract, employ, reward, develop and retain the best. Ruiz emphasises: “We are also dedicated to continuous improvement of competences. We do that through a variety of internal learning possibilities as well as career development and opportunities.” Vestas is firm in its commitment to foster an inclusive and diverse environment to attract employees of different nationalities, and with the company ranking at 43 on Forbes’ Global 2000 Multinational Performers list, it must be noted that its 23,300 employees are helping to build a more sustainable world.

Now, Ruiz is overseeing the firm’s newest expansion, bringing its bright future to the Latin American market and expanding an already impressive global footprint. “We are pioneers and it is part of our DNA,” says Ruiz, but why Latin America? “Today the region represents a recurrent volume that makes an attractive market for the company.” Highlighting the progress his initiative has already made in the region, he adds: “Currently we have installed more than 4GW in Latin America, leading the market share of most of the countries where we operate.” This strong development trend is set to continue. “2017 was an excellent year. Within the Latam region, we have secured orders for more than 1.2GW.” This success, Ruiz explains, “is the result of many years of hard working, and deep understanding of our customers’ needs and the markets where we compete. This has been also supported by an extraordinary, passionate team.”

Of course, the Latin American region is a far cry from Vestas’s home market of Denmark. “It differs in many ways,” Ruiz admits. “The regulation in both countries and the decision criteria of our customers are some of the main differences.” While emerging markets are becoming increasingly receptive to the possibilities of sustainable energy solutions, the Latin American market still has a lot of room to grow in comparison to Northern Europe. “Denmark is a global reference using wind energy efficiently. More than 40% of the energy consumption comes from wind.” These differences lead to challenges for a foreign company entering the market. Ruiz explains: “Auctions are the predominant way of competing in the different Latin America markets. These allocation systems normally increase the pressure on prices and are not necessarily technologically-driven. Maintaining profitable growth levels is probably one of the main challenges for the entire renewable energy systems industry.”

Ruiz remains confident in Vestas’s ability to rise to the challenge. “At Vestas, innovation, time to market and forward selling are key elements to continue leading the industry in such challenging conditions. Markets evolve really fast – anticipating these changes, and positioning Vestas in a good place to compete in the near future, is part of my daily challenge.” Working for a company with an industry-leading brand, and the resources to support its aims, means Ruiz is committed to “being part of the changes, bringing them about, and leading them instead of waiting for someone else do the job for us.” Plans and strategies that “help deal with the ambiguity of such a role as mine,” Ruiz reflects, include “interacting with governments, developers and customers and actively promoting the use of renewable energy”.

Focusing on provisioning the socio-economic and political change it wants to see in these emerging regions is proving successful for Vestas. Its Latam installed base grew by over 25% last year, and Ruiz expects the trajectory to continue. “Anticipating the markets and customers’ needs is essential for success. We have a strong knowledge of the wind in Latin America and, together with the increase of the efficiency of our products and being more competitive and modular, it helped us maintain our leadership position in the region.” In addition to Brazil, Argentina and Mexico, which Ruiz says are the countries with the biggest potential regarding volume of sales and size of installed base, Vestas is also eager to move into the Columbian renewables market, which he enthuses “will also be an interesting country in the coming years”.

The way the wind is blowing

The next five years look to be exciting for the Danish wind giant. “The company is evolving very fast to adapt to the changing market conditions,” Ruiz comments enthusiastically, outlining plans for the near future. “We will continue working to reduce the cost of energy for our customers. New turbines, hybrid solutions, storage, local productions and multi-brand services will be part of our offering.”

Being a worldwide industry leader means Vestas is – as shown by its operations in Latin America – poised to effect change, keeping itself at the forefront of where the company wants the world’s turbine markets to grow. “The renewable industry will continue developing new markets and gaining ground,” says Ruiz. “We will see the integration of different technologies as unique solutions (wind and solar), and storage will play a key role in electricity generation over the coming years.”

The prevailing winds of the energy sector are undoubtedly blowing towards a greener, more sustainable future. With Ruiz overseeing new, growing operations in Latam, and over 1.2GW worth of orders already placed with the company this year, Vestas is in an ideal position to shape the landscape of wind power for years to come.