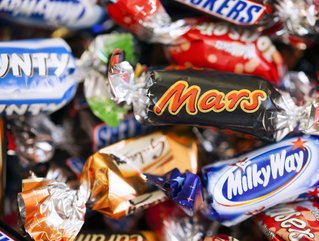 Mars Australia has signed a 20-year deal to get 100% of its electricity from solar energy by 2020. Teaming up with energy firm Total Eren...

Mars Australia has signed a 20-year deal to get 100% of its electricity from solar energy by 2020.

Teaming up with energy firm Total Eren, a partnership between French oil major Total and solar and wind producer EREN, Mars aims to achieve the landmark by 2020.

Through the power purchase agreement, Total Eren will build a solar plant in Victoria by mid-2019 and also plans to develop a second renewable project in New South Wales.

This will effectively offset the carbon emitted by Mars’ six Australian factories and two sales offices, the firm said.

The announcement comes a year after the confectionery giant pledged to invest around $1bn to tackle climate change.

The company, which owns brands such as M&Ms, Milky Way, and Twix, aims to slash greenhouse emissions across its value chain by 67% by 2050.

Through its sustainability plan, Mars says it also aims to "meaningfully improve the working lives" of one million people in its value chain by focusing on boosting income, unlocking opportunities for women and respecting human rights.

Barry O'Sullivan, general manager of Mars Petcare in Australia, welcomed the energy partnership as "a long-term commitment to a sustainable, greener planet that will benefit our customers, our consumers and the local and global community.”

He also said that rising electricity prices has helped to accelerate the company’s move towards renewables, a shift which has already taken place at Mars operations in Belgium, Brazil, Lithuania, the United Kingdom and the United States.

O’Sullivan said: “The rise in electricity prices last year accelerated our plans to join Mars sites in the US, UK and nine other countries in moving to renewable electricity.

“We acted quickly because the price volatility of energy in Australia made renewables the best option for our business, in addition to getting us closer to our commitment to eliminate greenhouse gases from our operations by 2040.”

As a country, Australia is currently one of the highest emitters of greenhouse gas per capita in the world.

It is hoped that the deal will go some way to help reduce the nation’s reliance on fossil fuels.

Kevin Rabinovitch, Mars global vice president of sustainability, added: “Last year we announced we’re spending a billion dollars in the next three years to start transforming our supply chain to get those impact reductions.

“We’ve made solid progress on the sustainability of our own operations since 2007, so now we’re in a good position to accelerate work and share lessons with our supply chain partners as we tackle impacts beyond our own operations.”