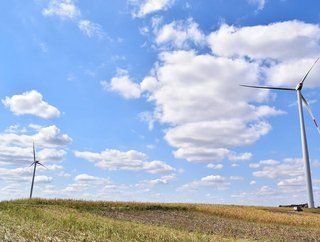 At a ceremony in Belgrade, financing for Serbia’s largest wind farm has been settled between the shareholders and lenders.

At a ceremony in Belgrade, financing for Serbia’s largest wind farm has been settled between the shareholders and lenders.

The 158MW capacity farm, one of the largest in Europe, is planned to be finalised early 2019, and will create enough energy to power 100,000 homes.

Cibuk 1 will be the largest utility-scale wind plant in Serbia and the Western Balkans, costing Dh1.29bn (US$351mn).

Aleksandar Vucic, President of the Republic of Serbia, witnessed the deal on 16 October.

The Cubik 1 will be built 50km outside of Belgrade in the province of Vojvodina, and will cover 37sqkm.

Cibuk 1 is also finaced by B lenders Banca Intesa, Erste Bank, UniCredit, and The Green for Growth Fund.

"We would like to thank the Government of Serbia, Mubadala Investment Company, as well as the lenders, advisors, and all the other parties involved in reaching this critical milestone," commentd Mohamed Al Ramahi, CEO of Masdar.

"The development of the largest wind farm in Serbia and the Western Balkans is a pivotal moment for the expansion of renewables in the region and positions Serbia at the forefront of Europe’s fastest growing alternative energy sector,” he added.

At Masdar, we are proud to have this opportunity to contribute our expertise and experience acquired over the last 11 years to the diversification of Serbia’s energy mix, working alongside our joint-venture partners."