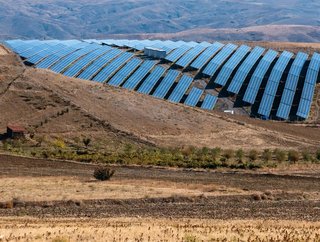 The Middle East and North Africa (MENA) pipeline of solar power projects in 2018 is expected to double from the previous year.

The Middle East and North Africa (MENA) pipeline of solar power projects in 2018 is expected to double from the previous year.

According to a report released by the Middle East Solar Industry Association (MESIA) 2018, this year’s MENA solar pipeline will feature approximately 13GW of renewable energy projects.

The MESIA Solar Outlook Report indicates that 90% of the total will be accounted for by photovoltaic (PV) solar projects, at 11.86GW.

An additional 1.2GW of power will be sourced from Concentrated Solar Power (CSP), with the remainder of the pipeline including 1.23GW of power from prequalification projects, and 50MW from a project entering its final stage of finance.

It is anticipated that Saudi Arabia will contribute more than half of the solar capacity to the pipeline.

The 2017 report, again released by MESIA, noted that last year’s pipeline was projected at 5.7GW.

“Most notably, countries that were late to adopt solar energy strategies and policies have now put forward ambitious targets. Countries with solar plans in place in terms of megawatts installed have substantially increased those targets,” stated Wim Alen, General Secretary of MESIA in the report.

“Finally, scaling up the size of solar projects has allowed nations to capture value across the value chain,” the report reads.