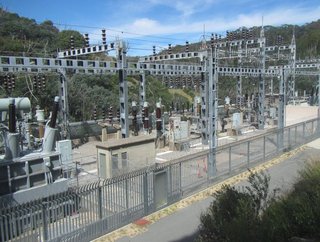 The New Zeland-based energy company, Meridian Energy, has announced its purchase of solar, hydro, and wind projects in Australia. The firm...

The New Zeland-based energy company, Meridian Energy, has announced its purchase of solar, hydro, and wind projects in Australia.

The firm has invested AU$168mn in three hydro plants, all based in New South Wales, from New Zealand’s Trustpower.

Among the wind and solar investments – all Power Purchase Agreements – are the 37-turbine windfarm owned by CWP Renewables in NSW, Salt Creek Wind Farm in Victoria and stage one of the Kiamal Solar Farm, also in Victoria.

The projects combined create a total renewable capacity of 749GWh.

“These agreements expand our portfolio of 100% renewable generation allowing us to support our growing customer base and drive further demand for large scale renewable energy in Australia.”

“Powershop, Meridian Australia’s retail arm, has been on a strong growth trajectory since its launch in 2014, with customer numbers now more than 100,000.”

“Acquiring the three hydro power stations along with the three PPAs for wind and solar farms in New South Wales and Victoria allows Powershop to continue to cover its growing retail position.”

Powershop Australia is the only electricity retailer to be certified 100% carbon neutral by the Australian Government and has been ranked by Greenpeace as the greenest power company in Australia for two years running.

Meridian was also recognised as one of the most sustainably perceived brands in New Zealand in a recent consumer survey by Colmar Brunton.