MET International to boost LNG trades by 50 to 100% 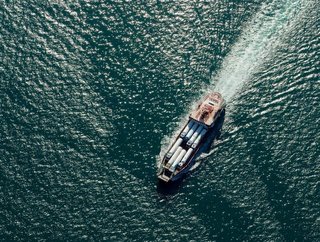 The Switzerland-based energy company, MET International AG, has announced its plans to increase trades on liquefied natural gas (LNG) in Europe in 2018.

The company’s Chief Executive, Gyorgy Vargha, reported that MET International aim to boost their trade by 50 to 100%.

They are currently trading on average one cargo, or 60,000 tonnes, of LNG per month, and expect this to rise between 1.5 and two cargos per month in 2018.

MET International, established in 2010 as the natural gas trading arm of Parent MET Group, already cover gas, oil, and power generation in Hungary, Croatia, Romania, Slovakia, Switzerland, and the UK, amongst others, with newer subsidiaries in Bulgaria and Italy.

As well as trying to expand its position in the LNG sector, MET International also hopes to further grow in pipeline gas trades.

“We plan to keep this ratio with growing both significantly. LNG has a role in the region, even if the regional demand is not that high in total.”

Most central European countries economically rely on natural gas, and have been buying it from Russia’s Gazprom.

Poland has announced plans to make further investments in LNG infrastructure in order to long-term reduce dependence on Russia, whilst Hungary is talking with Russia about extending its long-term gas supply deal beyond 2021.

Vargha said that MET International had plans to enter the polish market, but the regulatory environment posed problems.