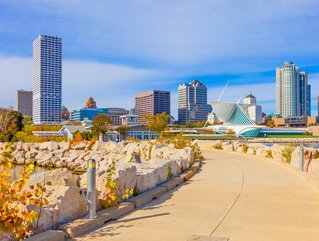 The city of Milwaukee is reportedly

The city of Milwaukee is reportedly in the process of developing its largest ever solar energy project near the General Mitchell International Airport.

Spread across eight acres of land will be an array of 7,000 PV (photovoltaic) solar panes capable of generating 2.25MW of clean energy. The site is located close to an inactive landfil spot, meaning the area can be utilised at no disadvantage to the wider community.

"This project is a real win for Milwaukee, for the planet and for national security," said Mayor Tom Barrett in an article by WPR. "This project provides documented progress toward the city’s renewable energy goals; it will be enough electricity to power over 460 homes."

It has been estimated by city officials that Milwaukee’s residents, businesses and local authorities consume US$1.4bn of fossil fuels per year.

However, in a move for positive change, the decision to invest some of this spend on renewable energy products instead is a key goal for Barrett.

“Our City has a goal of getting at least 25% of our power from renewable energy by the year 2025,” stated Barrett in a speech.

“We are implementing an ‘All of the Above’ solar strategy. That means I support a robust and competitive market for roof-top solar and large scale renewable energy projects through collaboration with our local utility, We Energies.”

The company, a Milwaukee mainstay, serves over 4mn customers and has developed a modest portfolio of renewable energy assets, including solar, wind, biogas and hydroelectricity.

Changing the state of things

Milwaukee’s decision to shift towards renewable energy is in keeping with the state of Wisconsin’s gradual parallel move.

Although the majority of Wisconsin’s electricity is generated from coal (51%), there is reason to be optimistic that more sustainable options are gaining momentum.

Cleaner-burning natural gas is the second-most favoured energy source (24%), followed by a host of renewable options, such as nuclear (16%), hydroelectric (5%) and wind (3%).

Also, many industry-leading corporations in the state have taken pledges to improve the sustainability of their operations, including Nestle, 3M, Hilton, McDonalds and Microsoft

If these trends continue, Wisconsin and Milwaukee may continue to build their reputations as innovators and forward-thinking players in the shift to renewable energy.