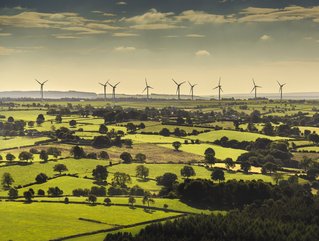 The National Grid, a British multinational electricity and gas utility company, has revealed that the summer of 2017 has been the greenest summer on...

The National Grid, a British multinational electricity and gas utility company, has revealed that the summer of 2017 has been the greenest summer on record in the UK.

Statistics show that between 21 June to 22 September, nearly 52% of total UK electricity generation was met by low carbon resources, up from 35% four years ago.

This has come in the wake of the Grid launching its new software, forecasting the carbon intensity of electric generation in the aim of helping people to better understand and control their carbon footprints.

“We're providing our forecast data in a format that allows technology companies to build innovative apps and software that could make a real difference to how and when people use energy, said Duncan Burt, Director of the System Operator at National Grid.

“Clear and concise information that can tell you in advance when’s best to turn on the washing machine, load the dishwasher or charge your car for example, is a step in the right direction towards a low carbon future.

“This technology puts people at the heart of it, helping everyone to use power when it’s greenest, and likely, more cost efficient.”

The National Grid is working with the Environmental Defence Fund Europe and the WWF to bring this software to the public, with the introduction of an online application and policy implications both in the works as a result of the new innovative data tool.