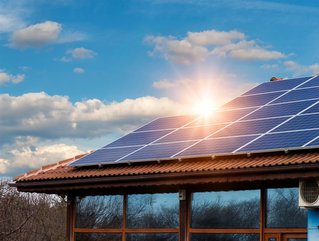 This week, the number of Australian solar power installations reached the landmark figure of 2mn. According to a report by...

This week, the number of Australian solar power installations reached the landmark figure of 2mn. According to a report by Energy Matters, the figure is “a milestone for the young solar industry”.

Kane Thornton, head of the Australian Clean Energy Council, said that the milestone is great news for Australians. “Homes with rooftop solar installed are saving on average of about $540 per year on their electricity bills”.

Currently, an estimated 20.3% of Australian households have installed solar power systems, leading to the national rooftop solar capacity being estimated at 7.9GW. Across the country, Queensland is the national leader for home solar, with almost 600,000 homes fitted with panels. According to Energy Matters, “the Australian Energy Market Operator estimates six solar panels per minute are being installed across Australia.”

According to a report released last year by the Australia Institute, “a rapid renewable energy transition would subsequently generate 58,554 jobs each year for 11 years.”

On Friday, ABC News Australia reported that the Australian “renewable energy industry has built itself up to such a significant scale that even 50 per cent by 2030, the renewables target being pursued by the Federal Labor Party, would involve a significant contraction in activity and employment in the industry.”

By 2030, the data suggests that Australia could be as much as 80% powered by renewables like solar and wind. Green Energy Matters director, Tristan Edis, told ABC News that "the amount of solar capacity we're on track to have operational by 2021 will mean competitive conditions in the wholesale market” during peak times. Currently, the renewables sector is expected to pressure the Australian government to revise its clean energy targets, hopefully avoiding a contraction in the market.