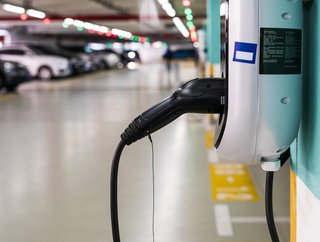 The Chinese electric vehicle (EV) start-up, NIO, is preparing for an initial public offering (IPO) by hiring investment banks, for which it a...

The Chinese electric vehicle (EV) start-up, NIO, is preparing for an initial public offering (IPO) by hiring investment banks, for which it aims to reach the US by the end of 2018.

The company is still considering whether it will float on the New York Stock Exchange or the Nasdaq.

Big tech name, such as Tencent, Baidu and Xiaomi, are amongst the EV firm’s backers.

“Tesla is a company founded in the era of the internet, while NIO was born in the era of mobile internet,” stated William Li Bin, Founder of NIO, at the ES8 launch in December.

“The new era, in which smartphones and apps play a much bigger role in people’s daily lives, gives companies like us a great opportunity to revolutionise the automobile industry.”

As part of China’s war on pollution, many businesses have benefited from special manufacturing permits, grants and consumer subsidies aimed at the makers of non-traditional fuel vehicles.

China has recently announced its plans to phase out the sale of petrol and diesel cars, competing with Britain and France’s pledges to do so by 2040.

The implementation of EVs will not only battle the countries pollutions issue, but reduce reliance on imported oil.

Meanwhile China’s largest electric car manufacturer, the state-backed Beijing Electric Vehicle Co, which is worth $4.5bn, has also announced it plans to go public in the near future.

One offering from NIO is the ES8, an electric seven-seater SUV which comes in at half the price of Tesla’s Model X. A US IPO would create some much-needed competition for Elon Musk’s US based electric vehicle pioneer.

777,000 new energy vehicles, both electric and hyrbird, were sold in Mainland China last year, ccording to data from the China Association of Automobile Manufacturers.

Electric vehicle sales are estimated to have increased by 82% and hybrids by 39%.