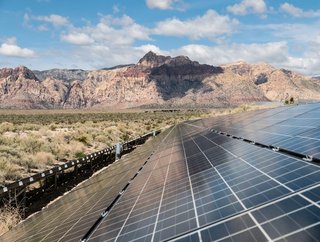 The Nevada-based energy company, NV Energy has issued requests for proposals for renewable energy projects in the state with a combined capac...

The Nevada-based energy company, NV Energy has issued requests for proposals for renewable energy projects in the state with a combined capacity of 330MW.

The energy provided by all projects would be enough to power 200,000 Nevada homes.

The proposed projects can include wind, solar, geothermal, biomass, and biogas as they all comly with Nevada’s renewable portfolio standards.

Supplemental battery storage is also being considered by the firm.

The proposals are to be considered on a competitive basis, in which the Public Utilities Commission will consider the best value for customers and greatest economic benefits for the state.

“As important as this opportunity is to further the state’s desire for clean energy, equally important is that we expect to deliver these renewable projects to customers without increasing rates,” stated Paul Caudill, President and CEO of NV Energy.

“Renewable energy projects like these result in employment of construction trades and create longer term operations and maintenance opportunities.”

NV Energy reported that it anticipates the projects to be completed and operational by 2021, as well doubling its renewable projects by 2023.