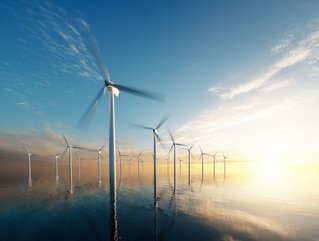 Danish energy company Ørsted has announced that its primacy in the offshore wind market has expanded eve...

Danish energy company Ørsted has announced that its primacy in the offshore wind market has expanded even further with Sunrise Wind, a 50/50 joint venture (JV) with Eversource, securing a fresh offshore contract with the State of New York, USA.

The proposed wind farm will have a capacity of 880MW, with an operations and maintenance hub to be situated in Port Jefferson, Long Island. The farm itself – set to become operational in 2024 – will be located 30 miles east of Montauk Point, Long Island alongside Ørsted’s existing South Fork and Revolution Wind facilities.

“New York State has set an ambitious goal to be 100% powered by clean energy by 2040. We fully share that vision, and we’re proud to bring more than two decades of offshore wind expertise to the state and to be fronting the offshore wind build-out in New York with a combined 1,000MW capacity via our South Fork and Sunrise Wind projects,” said Martin Neubert, Executive Vice President and CEO of Ørsted Offshore, in the company’s press release.

“Less than a year ago, we created the leading US offshore wind platform by merging the asset portfolios and competences of Deepwater Wind and Ørsted US. Our recent significant project wins in New Jersey and New York are proof of the strengths and quality of the combined organization.”

Ørsted’s ever-growing offshore wind presence is staggering and is certainly living up to the “Limitless supply. Limitless opportunity” strapline of its portfolio. In 2018, the company’s offshore wind projects reaped 30.6bn Danish krone and its power generation amounted to 10TWh worldwide.

This momentum is set to continue into the next decade, with expansions and additional projects springing up around the world. In 2022, for example, its enormous 1,400MW Hornsea Project Two will become operational in the UK, the turbines of which represent 20 times the power of those used for its debut offshore project, Vindeby in Denmark, in 1991. The proposed Hornsea Three would offer a capacity of 2,400MW (enough to power more than 2mn homes on a daily basis), and consultations for Hornsea Four plans recently closed in advance of developmental approval.