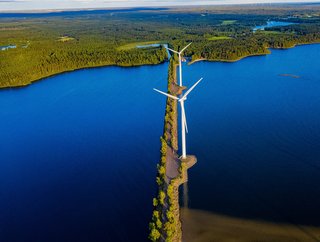 The 132 MW Metsälamminkangas site will be constructed following at agreement with Lundin Petroleum, which is currently seeking to covert its energy assets to renewable sources.

Comprised of 24 5.5 MW turbines manufactured by GE Renewable Energy, the Metsälamminkangas area is well noted for its favorable wind conditions for generating power.

“We are very pleased to be partnering with OX2 on this project. Alongside our existing hydroelectricity project in Norway,” said Alex Schneiter, President and CEO of Lundin.

“The Metsälamminkangas wind farm will enable us to replace a big share of our net electricity usage, powering our offshore Norway oil and gas production facilities.”

Ambition within the energy sector

This project will be the largest singular construction that OX2 has yet overseen in Finland; the company has identified the country as a surging market for wind energy and decided to vigorously pursue new construction projects there.

Indeed, with 1.2 GW currently still in development, of which 340 MW is located in Finland, OX2 has decided to fully capitalise on the potential.

This ambition continues to be realised by the company, which recently completed its 33 MW Orrberget wind farm in conjunction with Fontavis.

The onshore wind farm has been constructed with the capacity to fuel 19,200 households with clean energy and subsequently mitigate 57,600 tonnes of CO2. The completion of Orrberget marks OX2’s third operational site in Finland.

“With the completion of another wind farm in Sweden with OX2, Fontavis again demonstrates its competence and ability to generate attractive deals and successfully implement them with the right partners,” said Thomas Vogt, Director at Fontavis.

Paul Stormoen, CEO of OX2, was proud of what the partnership had yielded and stated that the wind farm would prove to be a useful and profitable asset.

“We are now committed to manage the wind farm for Fontavis to ensure a safe operation and to deliver the greatest possible return of investment,” he said.