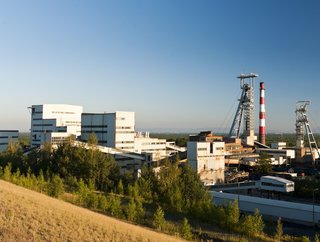 These came from a variety of stakeholders, including governments, banks, businesses, and investors focused on financing both the global transition away from fossil fuels and the measures required to adapt to changes already underway caused by global warming. Conspicuous by his country’s absence, President Trump’s withdrawal from the Paris Agreement offered a stark reminder of the challenges ahead.

Overview of the One Planet Summit

Emmanuel Macron warned the One Planet Summit participants: “Think long and hard, if you make a commitment, we will hold you to it.” The pledges made to this year’s commitments represent big actions to be taken in 2018 in three areas: to step up finance for adaption and resilience to climate change, accelerate the transition towards a decarbonised economy and anchor climate issues at the centre of the decisions of business. See the stats below the article.

Implications for the planet

The Paris Agreement aims to keep temperatures from rising more than two degrees Celsius (3.6 degrees Fahrenheit) by the year 2100 (a level scientists believe will help prevent the worst effects of climate change). However, research from the United Nations Environment Program (UNEP) shows current pledges from countries around the world will only restrict temperature rise to 3.2 degrees Celsius (5.8 degrees Fahrenheit).

Implications for the industry

The implications for the energy industry were writ large as a coalition of 225 global investors (including the likes of Allianz, HSBC Global Asset Management and Schroders) signed on for Climate Action 100+. The scheme targets the 100 biggest emitting companies seeking engagement on climate-management issues. The 100, mostly in the oil and gas, transportation and power sectors, will be urged to reduce emissions, ramp their climate governance mechanisms and increase their levels of disclosure.

Allied to this, a coalition of 237 major companies used the Paris talks as a platform to highlight their climate-related credentials. Their number includes the likes of Shell and Total, along with the global mining firms Glencore, Vale and BHP.

In a further bid for effective implementation of the Paris Agreement’s goals, the World Bank announced its pledge to stop financing oil and gas projects after 2019. However, it said consideration would still be given to financing upstream gas in the poorest countries “where there is a clear benefit in terms of energy access for the poor”, and the project fits within the nations’ Paris climate commitments. It also committed to reporting greenhouse gas emissions from the investment projects it finances in key emissions-producing sectors, such as energy, from next year. The World Bank said it will continue to support investments highlighted at the Summit, including accelerating energy efficiency in India and scaling up solar energy in Ethiopia, Pakistan and Senegal among other countries.

Elsewhere, 23 companies (including EDF, BT, Unilever and the Virgin Group) joined the Powering Past Coal Alliance, boosting its membership to 58. The alliance, initiated by the UK and Canada at COP23, seeks to promote action by governments and business to phase out coal-fired plants which currently account for 40% of global electricity.

The Paris Agreement of 2015 included a provision committing developed countries to provide $100bn of annual funding for climate initiatives beginning in 2020. According to the Organization for Economic Cooperation and Development, reaching that target is far off and took a serious dent when the Trump administration withdrew the US government’s $2bn pledge to the Green Climate Fund (an organisation led by developed countries to finance renewable energy and climate change adaptation projects) in 2016. Speaking last June Trump railed against spending a “vast fortune” on the initiative: “Under the Paris Accord, billions of dollars that ought to be invested right here in America will be sent to the very countries that have taken our factories and our jobs away from us. So think of that!”

However, the LSE’s research director Robert Falkner believes the Paris Agreement will survive US withdrawal, arguing that Trump’s announcement actually reinforced international support for the treaty. “Because it is built on a decentralised system of voluntary mitigation pledges the Paris accord is more resilient to political shocks than Kyoto. As long as other major emitters stick to their mitigation, the Paris process of reviewing progress and renewing pledges will carry on as planned. In any case, the earliest that the US would actually leave the treaty is after the next presidential election in 2020, by which time the political climate in the US may have shifted again.”

While emerging economies have begun to curb fast-rising emissions and global carbon emissions are levelling off, the genuine fear remains Trump’s rejection of Paris could encourage other uncooperative powers to renege on their pledges. However, Falkner remains confident: “After years of investing in energy efficiency and green energy, corporate boardrooms in the US are unlikely to reverse course and embrace outdated fossil fuel energy solutions. As other major economies are increasingly betting on renewable energy and green technologies, leading US companies will want to avoid falling behind in the global race to build the low-carbon economy of the future.”

World leaders are set to re-convene for this year’s talks in the heart of Poland’s coal mining industry. The decision to hold the pivotal 2018 UN climate conference in Katowice has angered some campaigners, but others suggest it offers hope it could symbolise a transition away from fossil fuels.

Poland has traditionally been a reluctant participant in the UN process, necessitated by its status in the EU negotiating bloc. Heavily influenced by its powerful domestic coal industry, it also plays host to one of the European mining industry’s biggest trade fairs. It was revealed last year that Poland was part of a concerted effort by eastern European countries to water down EU laws which, under the climate accord, bind Europe to the promise to reduce emissions by 40% by 2030 through the revision of existing climate laws on renewables, energy efficiency and the flagship Emissions Trading System policy.

However, UNFCCC chair Patricia Espinosa has said that governments were expected to reach “key milestones” at the 2018 conference when countries will come together to take stock of their progress towards targets agreed three years ago in Paris. Experts believe those targets were too weak to avert dangerous climate change so the Polish summit will offer an opportunity to upgrade them. With or without Trump.

The 12 One Planet Summit commitments

Stepping up finance for adaptation and resilience to climate change

3. Mobilising researchers and young people to work for the climate

Launch of the “European Solidarity Corps” for the climate, with €40mn

4. Public procurement and access for local governments to green financing

“Global Urbis”: creation of a common framework for cities to simplify access to climate financing

Alliance of cities and regions for low-carbon public procurement

Accelerating the transition towards a decarbonised economy

“Towards Carbon Neutrality” coalition: 16 countries and 32 cities commit to reach carbon neutrality by 2050

Launch of the “Paris Collaborative on Green Budgeting”

Creation of a Climate Observatory in Space

6. Sectoral shift towards a decarbonised economy

Partnership of eight western US states for electric vehicles

Commitments by several countries to a more significant carbon price

Launch of Carbon pricing for the Americas

Announcement by China of the unification of its carbon market

Call by businesses for carbon pricing

9. Actions of central banks and businesses

Creation of the working group One Planet Sovereign Wealth Funds - six of the largest sovereign wealth funds create an ESG framework (environmental, social and governance) to guide their investment decision